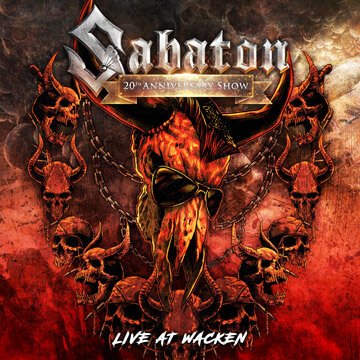 The tours we did for the album The Great War gave us many fantastic memories and highlights in our career. It has been our most successful album so far, followed by the biggest tours and shows. For the “20th Anniversary Show” at Wacken 2019,, we commandeered the festival’s two main stages, the side-by-side-and-connected Faster and Harder Stages, becoming the first artist in Wacken’s 30-year history to utilize both stages simultaneously in this way. During this show we were joined by the Great War choir, a bunch of previous Sabaton members as well as the internationally acclaimed GRAMMY-nominated virtuoso cellist Tina Guo for the encore.