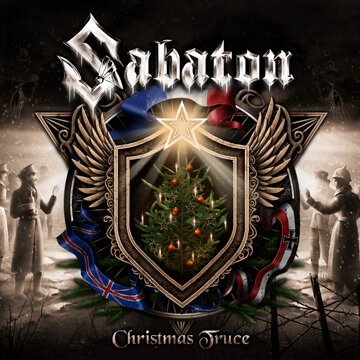 December 24th, 1914: Late On Christmas Eve, British Expeditionary Force heard German troops in the trenches opposite them singing Christmas carols and saw lanterns and small fir trees along their trenches. Messages began to be shouted between the trenches.
The following day, British and German soldiers met in no man’s land and exchanged gifts, took pictures and some even played football. It was a rare but magic moment of peace and harmony in the midst of one of the most atrocious events in the 20th century.
Our song Christmas Truce is about this outstanding event that is widely known today as “Christmas Truce”.