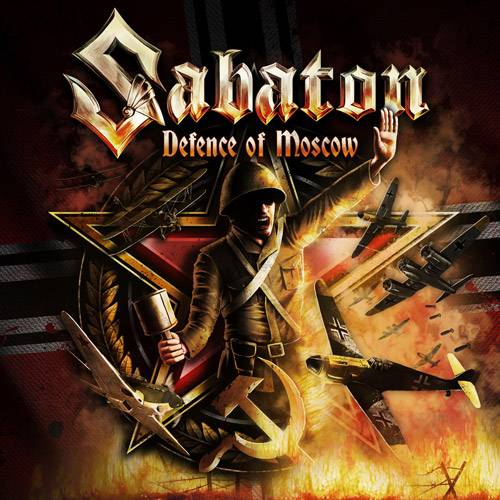 As the Wehrmacht overrun, Russia 1941
They don’t belong, we stand our ground, a million strong

We are ready for their strike, face the army of the reich
A million strong, this is our land, they don’t belong.

Hear Marshal Zhukov’s, and Stalin’s orders
Defend the motherland
Moscow shall not fall

Stand and follow command, our blood for the homeland
Heed the motherland’s call, and brace for the storm
Moscow will never give in, there is no surrender
Force them into retreat, and into defeat

Face the volleys of their guns, for russia’s daughters and her sons
All the brave, who stand against the typhoon wave

From the mountains and the plains, come in thousands on the trains
Day and night, they´re rolling in, to join the fight

From Kazakhstan to Magadan!
Call of the motherland
Russia shall prevail

Watch the lyric video for ‘Defence of Moscow’ below.

Find out more about The Battle of Moscow.