To Hell And Back

When Audie Murphy joined the US Army, he was an unlikely hero, and yet, he became America’s most decorated soldier of the Second World War.

The life of Audie Murphy

Murphy was an elementary school dropout. He dropped out to support his family by working on a farm after his father had left them. He was short, sickly and lived a life of poverty. He lost his mother as a teen and wanted to join the military as an escape. He tried to enlist at the age of 16 after the Japanese attack on Pearl Harbor in 1941, but according to army records, he was rejected by the Marines and the Navy as he was too small and too underweight – he was just 5’5” and weighed 110 pounds.

Interestingly enough, the army reported that he joined a few days after his 18th birthday, but since he was born in 1925 and joined the army in 1942, it seems that he falsified his papers.

Early on, Murphy had shown remarkable rifle skills, hunting small game on the farm, and this was noticed in basic training. It did in fact seem that despite his size he was a born soldier. He was tough, capable and determined to prove himself.

In spring 1943 he was trained in Morocco and Algeria for Allied landings in Sicily. The fighting there was vicious and Murphy soon made a name for himself as a warrior.

The Allied Invasion of Italy

The Allied invasion of Italy had bogged down by the end of 1943.

The Germans held fast on the Gustav Defence Line and under Field-Marshal Kesselring, successfully fought off the Allied advances during the ongoing Battle of Monte Cassino. British and American High Command wanted to open a new front to bypass the Line and outflank the Germans. If doing so could also cut their supply lines, it would force them to abandon Monte Cassino and eventually be pushed out of Italy.

On January 22, 1944, the US 3rd Infantry Division approached the beach south of the town of Anzio while the British landed north of the town. The by now Sergeant Audie Murphy of the 15th regiment of 3rd Division would join the combined British, American and Canadian attack force in the second wave.

The landings were made in secrecy. By midnight, the men had advanced a few miles inland, confronted only by a surprised company of German soldiers, who offered little resistance. Major General Lucas, in overall control of the operation, ordered his forces to stop, not really believing that they had actually achieved total surprise and could march into the German flank. Instead, he chose to stay put, strengthen his beachhead and wait for reinforcements. It is debated whether Lucas was too cautious, but a strong German force would soon arrive.

The Germans were surprised by the landings but were not in disarray. Kesselring had made plans for such a contingency and sent out General Eberhard von Mackensen’s 14th army to face this new threat south of Rome.

Allied High Command was frustrated by Lucas’ hesitation. For it took seven days of infantry and armour coming ashore before he ordered an advance. By then, the Germans had fortified their positions, causing heavy losses to the advancing British and Americans. Mackensen then began his own attack to push the Allies to the sea. The Germans were actually close to achieving this, but the Allied defenders kept them at bay. 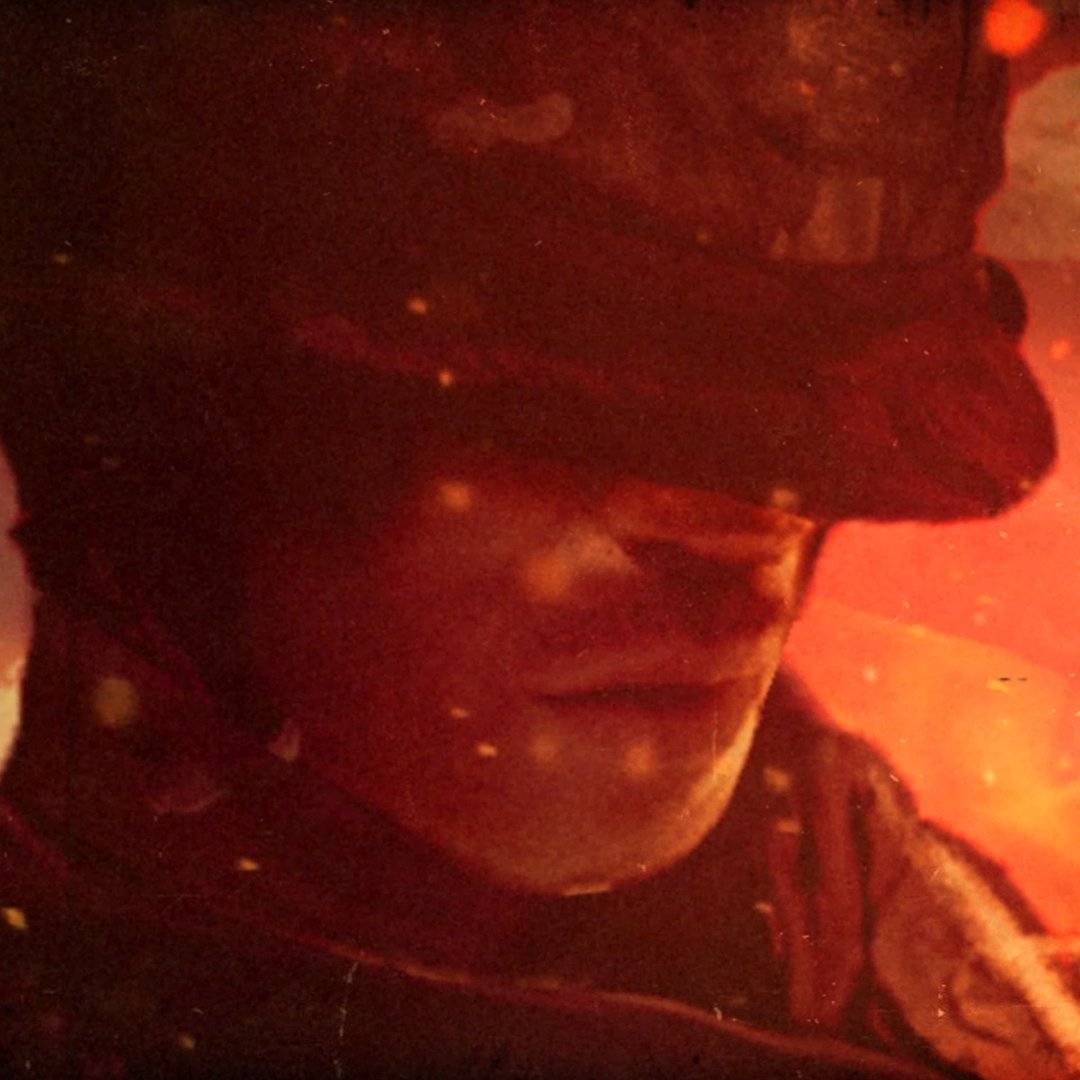 On March 2, Murphy had marched his platoon to a strategic crossroads near Anzio. Waiting in the ruins of a farmhouse, he spotted at least a dozen Panzers and called in an artillery strike, which disabled the lead tank. Murphy shot one of the crew members, but the rest retreated with the other tanks. Upon returning to camp, Murphy’s commander wanted them to go back and destroy the tank.

Armed only with improvised Molotov cocktails and grenades, Murphy and his platoon approached again at night. He crawled towards the Panzer but the Molotovs failed to do the job. The hand grenade he threw did explode inside the tank, but also alerted a German patrol. After throwing more grenades at the tank treads, Murphy sprinted through German fire back to his comrades. He was awarded the Bronze Star with the V for Valor for destroying the tank in the face of the enemy.

To not only overcome the stalemate, but to break through the German lines, the Allies resorted to a major offensive all over Italy, an attempt to shatter German resistance with a combined attack.

High Command insisted on Plan A since, if successful, it would win the fighting for Italy. On May 23, the Allies attacked the Germans all along the Gustav line, ruining their deployment of reserves. The Anzio forces broke through in the west, but while everyone in the centre of Italy was waiting for the follow-up flanking attack, General Mark Clark suddenly stopped. Plan “Buffalo” was tempting, and the glory of capturing Rome, though strategically unimportant, would belong to the Americans.

Adolf Hitler had ordered Rome to be undefended and declared it an open city. It is unclear whether he wanted to save the city from destruction or feared another Stalingrad, where his army would be trapped. Whatever the case, to the surprise and anger of Allied High Command, Clark turned and marched on Rome. So as the German defences collapsed on June 2, Kesselring’s 10th army fell back and escaped being surrounded and destroyed. They were able to join the other German forces and fight another day. On the June 5, Clark entered Rome with only his American troops, intentionally leaving the British outside the city.

Audie Murphy gained a reputation during his service in Italy as a brave and daring soldier. But even greater deeds of heroism were still about to come during the fighting in France, including taking on an entire company of Germans by himself, while wounded, with a machine gun.

By the end of the war, Lieutenant Audie Murphy was the most decorated American combat soldier, and had earned every single valour award possible, including the Medal of Honor and Legion of Merit. His exploits even got him on the cover of Life Magazine.

But like many other soldiers, the war would never really leave him. He did become a worldwide movie star, playing himself in “To Hell and Back”, the title of his biography. But Murphy also suffered from Post Traumatic Stress Disorder. He was traumatised by the violence and death that surrounded him. He witnessed his best friend die, killed many men and survived situations of such grave danger.

Murphy suffered nightmares because of the horrors he witnessed and indeed, the guilt he felt. He wrote poetry to cope with the trauma and one of his best known is “The Crosses grow on Anzio”, written in 1948:

Audie Murphy’s story heavily inspired our song ‘To Hell And Back‘, which is featured on our Heroes album. Take a look at the lyrics we wrote here.

If you’re interested in a more visual interpretation of Audie Murphy’s story, watch our Sabaton History episode, To Hell and Back – Audie Murphy: