A Lifetime of War

Starting with the Protestant Reformation that kicked off a century earlier, the Holy Roman Empire had grown deeply divided into Protestant/Lutheran and Catholic territories by 1618. But this mostly “German” empire – even though in reality, it was more of a multicultural patchwork of many duchies and dioceses – was still technically an empire ruled by a single emperor of the Habsburg dynasty. It was his duty to uphold the peace and the rights of his subjects.

Emperor Ferdinand, however, who had promised religious freedom to the aristocracy upon his coronation, was going back on his word, and now pursued a new policy of re-Catholicisation of his crown lands. In mainly Protestant Bohemia, this meant closing down Protestant churches and empowering the lesser catholic clergy once again. For the Bohemians, this did not just threaten the open practice of their religion, but the actual real power of the mainly protestant landowners. As their protests were repeatedly ignored, powerful Bohemian aristocrats finally came together against Habsburg rule.

In Prague, the Bohemian capital, they took action on May 23, 1618, and threw the imperial officials out of the window – this was the defenestration of Prague.

With this symbolic defenestration, they had in actual fact openly declared war on the authority of the empire. For the Czech patriots and anti-Habsburg radicals, this was a welcome chance to take up arms. Rebellious provinces sprang up all over. They secretly raised militias and hastily organised detachments of Bohemians, Moravians, Hungarians and Silesians. They hired mercenaries who fell on imperial outposts and blocked their supply lines, hoping to gather support from other provinces with a series of quick successes. Protestant rebels even stormed the Hofburg in Vienna, in an attempt to physically seize the emperor and force him to sign their demands.

The rebels rejected Ferdinand and the imperial constitution, and wanted a commonwealth of their own, like that of Poland and Lithuania, led by their own king in a constitutional monarchy.

Their uprising failed, however, as the Habsburg emperor was not without friends and support. Imperial propaganda portrayed the Bohemian uprising as arch-treachery that disturbed the “peace of the empire” and many staunchly catholic dukes pledged their allegiance to the emperor. Indeed, Ferdinand had been caught off guard, but he had no intention of giving up the crowns of Hungary or Bohemia, which might have jeopardised the structural integrity of his whole empire, and he was determined to go on the offensive, to quell the rebellion with fire and sword.

At first, the war itself seemed like localised rebellions over cultural and religious differences, but in reality, it revolved around the future of the Holy Roman Empire. Which was the primary Christian religion? Who had the power – the emperor or the dukes and their possessions? Political unity under one belief, or even more fragmentation with religious liberty?

Ferdinand’s strongest ally came from Bavaria. The zealous Duke Maximilian re-established the Liga, a covenant of Catholics, and raised an army with the blessing of the papacy. Under the command of his paladin, the Count of Tilly, they were eager to take the fight to the protestants and forced them to battle in late 1620. The battle of White Mountain was one of the first major engagements of the war, and one of the most decisive ones. Tilly’s forces, better led and supplied than their enemies, won a major victory and then took Prague that winter.

Hell for the common people

But as kings and dukes quarrelled over cities, estates and property rights, for the common people living in Prague and the villages along the trail of armies, the horrors that accompanied war became reality. And this was not a temporary situation, because this war is called the 30 Years War because that’s how long it lasted, and it is often said about the war that the longer it went on for, the more violence and cruelty there was, but really, the seeds of uncontrolled violence were already planted in the early stages.

Discipline among the common soldiers was usually pretty low, and more so on the side of the rebels. Irregular forces particularly raged among the local populations. Polish skirmishers, Hungarian raiders and Croatian cavalrymen terrorised panicked peasants and refugee columns. Marauders and bandits roamed alongside the marching armies, and the enlisted soldiers were often not much better behaved.

Especially after long and dangerous sieges, when pumped-up and often drunk soldiers had been forced to storm a city under fire, they would take their rage and fear out on the locals. From house to house they plundered and stole everything they could carry. If they did not find anything or if others were quicker than them – because it was first come first serve when it came to plundering – they would turn on the helpless citizens. Men, women and even children were brutally tortured for the slightest chance of hidden valuables. Since this was often the only way the soldiers could make actual money to feed and equip themselves and their family, they could not afford to show mercy. Many simply embraced boundless, unchecked violence as a new way of life.

The fall of Prague marked the collapse of the Bohemian confederation, but the war itself obviously did not end, as the triumphant Ferdinand failed to take advantage of his victory. He would not listen to any compromise of his demands to restore his full authority. There was no chance for religious equality after the revolt, and instead, he condemned captured rebels to an agonising death, while the escaped ringleaders were under an imperial ban. Together with the confiscation and distribution of rebel property, this just further escalated the war and drove many new protestant champions to the cause of the rebellion. The war, that began as a rather localised conflict in the east and centre of the empire, spread to the north in the 1620s.

Imperial and Liga forces entered the zones of influence and interest of other great powers. In 1625, the Danish King Christian declared war on the empire to secure his influence in northern Germany and portray himself as a protestant saviour. The Hanseatic League outright refused cooperation with the emperor and insisted on its autonomy and neutrality. The Polish sovereign Sigismund on the other hand, was sympathetic to the imperial cause, and introduced the Cossacks to European warfare, but also attracted the attention of the Swedes. 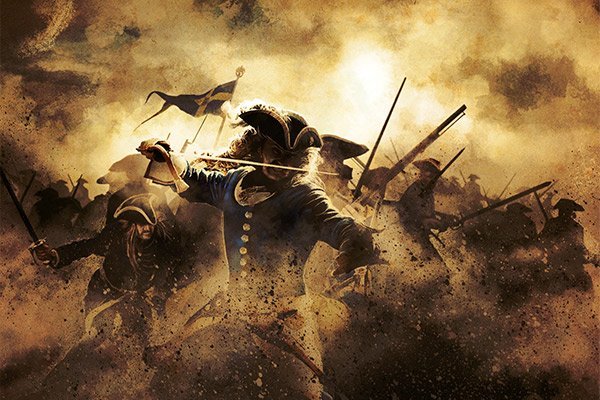 In 1630, under the King and Lion of the North, Gustav Adolf, they set out to secure their interests in the Baltics. A strong Catholic influence in the north could not be tolerated by the ambitious House of Vasa. While Spain, busy with Calvinist rebels, also sent out troops to help the imperials. The French, who would rather see a fragmented Protestant Germany than a united Catholic one, at first supported the northern forces with money, until in 1635, to prevent a peace treaty, they entered the war themselves. The war grew and grew, as did the armies, as did death and suffering.

New “Knights” appeared on the chessboard. Rich and ambitious men, like von Mansfeld or Wallenstein, aimed to get even richer through the war. Von Mansfeld tried to establish his own legend in the defence of Protestant liberty, while Wallenstein, on the opposing side, raised thousands of men for the emperor in his own pursuit of elevating his status among the nobility. War was business. War gave common but ambitious men a chance to rise in society. Experienced mercenary groups travelled from engagement to engagement and fought for the highest bidder. But the way to the top was paved with the blood and lives of thousands, and then millions, of men.

Killing had become a normality and authority broke down everywhere as the war expanded. Harvests were confiscated, cattle were slaughtered. People starved on the streets and besieged cities even resorted to cannibalism. Peasants took to guerrilla fighting and formed robbery gangs and militias to fight off the marauders, but the major killer was disease. Where armies went, sickness followed, and for every battle, thousands more died of a variety of diseases such as the plague or the “Hungarian fever”. Rodents bred in the crowded cities, wolves roamed the countryside, and cats and dogs disappeared in the kitchen. Religious hatred rallied religious zealotry, and many captured priests and nuns were murdered and mutilated. Popular acts of barbarism included pulling ropes so tight around people’s necks that their eyes popped out. The Schwedentrunk was especially disgusting, forcing the victim to swallow large amounts of liquid excrement. Another fun game was to make criminals or deserters gamble for their lives and punishments. The lucky throw of dice would decide if a man lost a hand, his tongue or his life. Trees were full of other unlucky people.

The deadliest war in Europe

There are only estimates as to how many people died, as records naturally lack specific data. The highest estimates are a death rate of 40% of the population, compared to the pre-war population numbers within the empire. But even with the lower estimates (nowadays more often accepted numbers of around 15%), this was a war that was likely the deadliest that ever raged in Europe by percentage.

In the public’s mind though, it was not only a war, but a thirty-year tragedy that ravaged the German lands and killed so many people that it would take many decades to replenish those lost. A whole generation of people lived through 30 years of war – from when they were born until they were up to 30 years of age, all they knew was constant fighting and terror, and there were even soldiers that served from the beginning in 1618 to its end in 1648, often in different armies on changing sides.

Who could have predicted that the war would last so long? Between all the religious ideals and politics, who could have made sense of all the violence? Who could have avoided it? Who wanted to and who didn’t? There was plenty of time to answer such questions – 30 years in fact.

The story of the Defenestration of Prague and the start of the 30 Years’ War heavily inspired our song ‘ A Lifetime of War ‘, which is featured on our album, Carolus Rex. Take a look at the lyrics we wrote here.

If you’re interested in a more visual interpretation of the above story, watch our Sabaton History episode, A Lifetime of War – Thirty Years War: