End of the Siege of Bastogne

Spirits were high among the common German soldiers as they passed lines of tanks, shells and ammunition on their way to the frontlines in France and Belgium in the early December days of 1944. It had been a disastrous year for the Wehrmacht, suffering defeat after defeat on all fronts, but suddenly, there was this big army assembling in the west, ready to go on the offensive once again. With no lesser aim but to tear apart the Allied coalition in the west in one decisive thrust, it felt like it was 1940 all over again.

However, this it wasn’t the German Army that had been sent on the offensive in Poland, France or Russia four or five years before. By the early winter of 1944, Germany’s military consisted partly of battle-hardened veterans and partly of young boys and old men who had been pressed into the now struggling war-machine. The Reich was scraping the bottom of the barrel in terms of conscription and logistics. Supply had always been a weakness of the German army, but in 1944, it clearly and seriously lacked adequate motorisation, fuel and ammunition to support an endeavour like this new western one.

The armoured wedge of the offensive was an amalgamation of different models, as was the artillery – some Panthers and Jagdpanzer, but mostly Panzer IVs and modified half-tracks. But the Panzergrenadiers rode on the tanks, the paratroopers were reinforced by young men from the Luftwaffe personnel, and the Volksgrenadiers were made of shattered divisions. So, despite the impressive numbers, the army seemed to lack the capability of fulfilling Adolf Hitler’s vision for destroying his enemies. 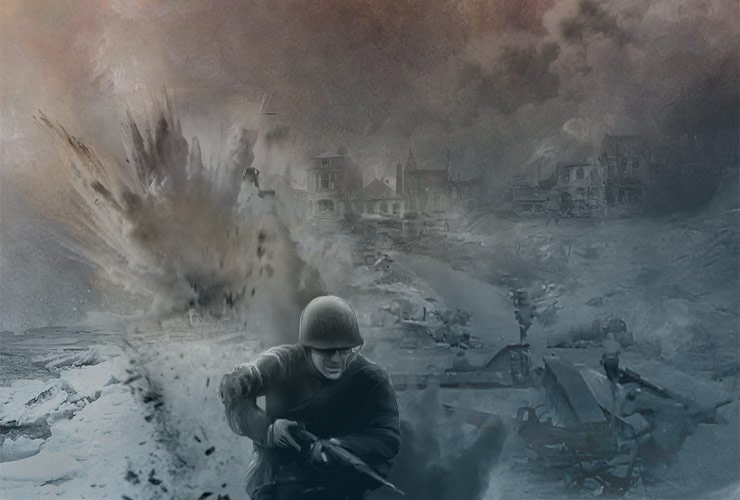 The attack finally began on December 16 and it failed to achieve its objectives rather quickly. The 6th Panzer Army, which was supposed to lead the main attack, had been held up by stubborn American resistance at St. Vith, Malmedy and Elsenborn Ridge. Even though the main thrust had failed, though, the supporting 5th Panzer Army had managed to achieve considerable success further south, as it had found a weak spot in the American lines in the Ardennes. Plans shifted on the spot – the 5th Army would advance all the way to the Meuse River, taking the town of Bastogne in the process.

Bastogne was not only a major traffic hub, but also a depot for Allied fuel, storing nearly three- million gallons. A precious resource to the Germans if captured, sure, but if destroyed, it would sabotage plans for an American offensive in the coming spring. If Bastogne was taken quickly, there might still be a chance to further advance beyond the Meuse and towards Namur.

Before the offensive, the area around Bastogne was considered a pretty quiet sector of the front by American High Command. It lay in between the operational sector of the First Army, which had been slogging through the Hürtgen Forest, and the Third Army south of Luxembourg, which was grinding against the German fortifications of the Siegfried Line, so the Ardennes had been seen as a resting zone for battered divisions or a training ground for green units who needed to gain some experience from the small skirmishes that took place there.

To attack Bastogne, the Germans would have to send a large, armoured force through the densely wooded Ardennes, with only a few roads available. Such a manoeuvre was considered extremely unlikely by the Allies, especially in the winter. Yes, that was exactly what the Germans did in 1940, but surely, not again?

The Ardennes sector was only thinly held by three American divisions when the armoured spearhead of the Germans appeared on the scene. Overrunning American lines, elements of the 5th Panzer Army then rushed in to exploit the break in those lines. They knew that they had a small window of time, maybe four to five days, until the Allies would send in reinforcements. The Americans in the Ardennes had no hope of halting the German advance but could at least try to blunt the spearhead and deprive the Germans of precious time, so in a fighting retreat they delayed the Germans with anti-tank guns and bazookas, causing traffic with the lead tanks on the narrow forest roads.

Lt. General Omar Bradley, in overall command of the sector, had been promised big reinforcements, but they would take time. The only immediately available forces in the vicinity were the 82nd and the 101st Airborne Divisions, currently being refitted at Reims after their costly attacks during Operation Market Garden. While the 82nd was sent north towards St. Vith, the 101s – the Screaming Eagles – were rushed towards Bastogne. The 101st was an experienced and battle-proven unit, but it did not have adequate winter equipment or enough heavy weapons available.

After two days of fighting the German advance in the Ardennes, the American retreat had become total, and the troops flooded back toward Bastogne away from the German panzers. The roads to Bastogne were open, but the weather worsened. This was bad for the Americans as rain and fog grounded the American Air Force, but at Bastogne, the men prepared their defences. Field artillery and M7 self-propelled howitzers dug in on a semi-circular perimeter, while engineers turned the town into a fortress.

The arrival of the 101st 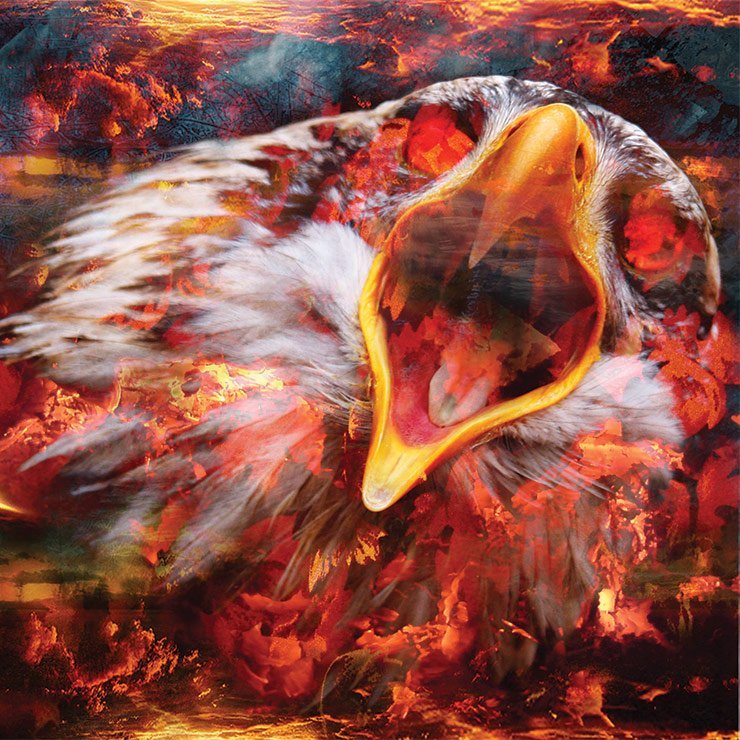 On the December 19, the Panzers appeared on the outskirts of town, and the available American tanks rode out to meet them, delaying the German advance once again. That night, the Screaming Eagles finally arrived in Bastogne, but so too did the elite German Panzer-Lehr Division.

The next day, the Screaming Eagles were in the centre of the action. While the German tanks and tank-destroyers attacked and destroyed the retreating or bogged down American armour units just outside Bastogne, the 101st engaged the German infantry. Supported by field artillery, the Screaming Eagles fought through the outskirts and local villages, and even barricaded themselves inside an old chateau, shooting down the Panzergrenadiers who tried to flush them out. This stiff resistance cost the Germans even more time, and it was not until December 22 that Bastogne was finally surrounded. Hitler gave the order that Bastogne must be taken at all costs.

On that day, two blindfolded officers of the Panzer-Lehr approached the headquarters of General McAuliffe, in overall command of the various troops trapped inside the city. The two officers asked the Americans to surrender. Confronted by the offer, McAuliffe blurted out, laughing: “Nuts!”. Bastogne was encircled, yes, but for days now the Germans had tried unsuccessfully to break in and had been repelled time and again. Lost for words, McAuliffe also typed out “Nuts” on the document. To the puzzled Germans who asked what this was supposed to mean, the Americans simply explained that they should “go to hell,” and that every German trying to get into the town was about to be killed.

The German forces built up again, reinforced by more veteran Panzergrenadiers from Italy, and more tanks and tank-destroyers, but the skies cleared up and the American Air Force was able to resupply the encircled city.

The 101st had dug in on Christmas Day in the woods north-east of the city. Digging into the frozen ground in the woods was difficult, but every foxhole was a life saver as the German shells dropped all around them. In the freezing cold, the German Grenadiers who infiltrated the woods in white camouflage were met with rifle and machine gun fire, and the advancing Panzers were engaged with bazookas and howitzers. Wave after wave, the Germans advanced on the 101st- from different directions, but time and time again the paratroopers and glider infantry fought them off in a series of vicious battles through woods and villages. Specialised tree-buster shells were soon falling on the German positions, covering the attackers with splinters and shrapnel. The Christmas attack was an absolute disaster for the Germans, with heavy casualties and the loss of a lot of tanks.

The siege continued but the major threat had been fought off. By December 26, the reserves from Patton’s Third Army had finally established a corridor into Bastogne, though it would take several more days to secure it since the Germans were trying to cut it off. Skirmishes continued, but even newly arriving SS Divisions could not establish another siege. By January, fearing that they might lose overall control of the front, German high command ordered a full retreat, and the overall strategic initiative in the west shifted to the Americans. By now, the US Air Force was flying attacks again, and on January 12, when the news of the Soviet winter offensive broke, so too did Hitler’s last gamble in the west.

The story of the Siege of Bastogne heavily inspired our song ‘ Screaming Eagles ‘, which is featured on our album, Coat of Arms. Take a look at the lyrics we wrote here.

If you’re interested in a more visual interpretation of the above story, watch our Sabaton History episode, Screaming Eagles – Battle of the Bulge: