Formation of the Wehrmacht

From March 1935 onwards, Adolf Hitler stopped secretly rearming the German military and instead, openly announced that he would put an end to the restrictions of the Treaty of Versailles. He would reintroduce conscription, expanding all three branches: the army, the Kriegsmarine and the newly established Luftwaffe, building a powerful new German Wehrmacht. From a force of 100,000 men in 1933, the army would swell to 2.6 million in 1936, but this was just the beginning of a radical transformation.

Under the influence of General Werner von Blomberg, Nazi ideology began taking hold within the army. Officers had to take political seminars, those considered too ‘unreliable’ were simply kicked out, and those openly opposing Hitler were turned over to the secret police. Jews were excluded, the influence of the Church was severely curtailed, and soon regular enlisted men were not allowed to marry non-Aryan women.

The once conservative character of the German officer corps began also changing under the influence of the National Socialist ideology. The younger generation especially were receptive to the self-declared saviours of Germany, and through youth groups like the Hitlerjugend or the likes of the Reichs-Labour Service, the German people were gradually pressed into militaristic structures, preparing them for future service in the armed forces. 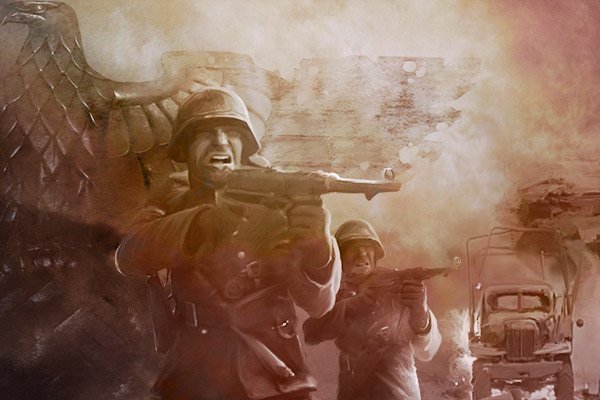 Much of the actual German army principles came from the experiences of the Great War. Squad techniques revolved around the firepower of the machine gun, and the storm troop tactics favoured aggressive action with extensive physical training and military drilling. Strong emphasis was placed on the NCOs. Flexible independent thinking in what the Germans called ‘Auftragstaktik’, mission-type tactics, allowed the lower officer corps to improvise according to the situation at hand, to keep the tactical initiative in battle, without having to follow strict orders that may be outdated or unsuitable.

Another key factor was the effective use of the combined arms doctrine. While its infantry units varied in quality, the Wehrmacht’s most formidable force and the backbone of its offensive capabilities was to be armour. It was an impressive leap from simple training with dummy tanks and tractors in the 1920s to the most sophisticated and advanced tank doctrines in 1939. Panzer divisions were mini-armies in and of themselves. Supported by motorised infantry, pioneers, reconnaissance units and artillery, they could operate independently and exploit breakthroughs on their own. Supported by the Luftwaffe, who would provide close air support, the fundaments of the tactical system that the Allies would soon experience as ‘Blitzkrieg’, were carefully prepared.

The ability of the Wehrmacht to consequently adapt and improve itself through experience and new weapon systems set it apart from other armed forces in the world. From the rather simple Mark I and Mark II tanks to the mighty King-Tiger and Panther-Tanks in the late war years, they were very capable of improving on their designs and further pushing the technical boundaries of what was possible. The soldiers had high quality weapons, gadgets and explosives with which to take on the enemies of the Reich. Motorised Panzergrenadiers, elite parachute- and mountain-infantry troops were trained and led with the utmost combat-efficiency in mind. If it came to war, they would break the enemy and break them fast, achieving breakthrough with a series of devastating hits.

However, while the German Wehrmacht certainly did not lack tactical abilities, its leadership would totally fail to implement a coherent strategic vision, and soon fell victim to not only ideological interference but also its own hubris. Despite the rapid rearmament, the German Wehrmacht was not ready to openly challenge Europe, nor the rest of the world. The German economy was unstable, and the war machine was very dependent on international supplies, often from the realms of their future enemies. For Hitler however, war with the great European powers seemed inevitable. If the Wehrmacht had to eventually go to war with the Reich’s neighbours, so be it. The German Reich would be great again, or it would be not at all.

Most of the old guard German generals and higher officers who had experienced the Great War firsthand did not embrace Nazi ideology outright, but did agree with Hitler’s rejection of the Versailles Treaty and his rearmament policies. Many generals shared his aversion to Jews and Bolshevism, tracing back to their experiences of the German revolution and the local Bolshevik uprising after the Great War. Some were simple pragmatists or technocrats, others resigned themselves to the Prussian ideal of the unpolitical general, but by no means were they blind or helpless devotees to the Nazi’s ‘blood and honour’ ideology, and many were very much opposed to violence against prisoners and civilians. But the Generalship failed to make a move against Hitler when they still had the power to do so. Once all high-ranking opposition was either removed or silenced in the wake of Hitler’s victories, it was way too late.

As early as the assimilation of Czechoslovakia into the Reich in 1938, but especially after the Polish campaign in September 1939, the crimes of the SS and the Police against Jews, civilians and prisoners could hardly have gone unnoticed by the Wehrmacht. The mass-executions of non-combatants, often done with the resources of the army, prompted vehement protest from many Wehrmacht Generals, who saw this as a stain on the honour of the German soldiers, but they were either ignored or silenced by Hitler. Soon though, the Einsatzgruppen and the Waffen SS began challenging the army’s monopoly as the armed forces of the Reich, and while the Einsatzgruppen acted as the harbingers of the Holocaust, the Waffen SS showed fanatical belief in both National-Socialism and the righteousness of the war.

An attempt to appeal

By 1939, men like General von Blaskowitz still tried to appeal to Hitler personally: “When high officials of the SS and the police call for atrocities and brutalities and publicly praise them, then within the shortest spell of time only the brutal will rule. With astonishing speed, men of the same sick leanings and character will come together, in order to give full vent to their beastly and pathological instinct.”

General von Rundstedt added: “The great achievements should not be soiled by the behaviour of irresponsible elements.”

Although many German Generals condemned the executions of thousands upon thousands of civilians by the SS and their auxiliaries, they failed to prevent them from happening. Their moral objections did not turn into action, and the Wehrmacht slowly but surely became an accomplice to their crimes.

The spectacular victories in Poland, Scandinavia and especially France further helped to silence the internal critics. By 1941, Hitler and the Nazis were at the height of their power and approval, and Hitler had pardoned all ‘excesses’ that the German army had committed during the Polish Campaign. He gave Heinrich Himmler and the SS more power to reorder the east. 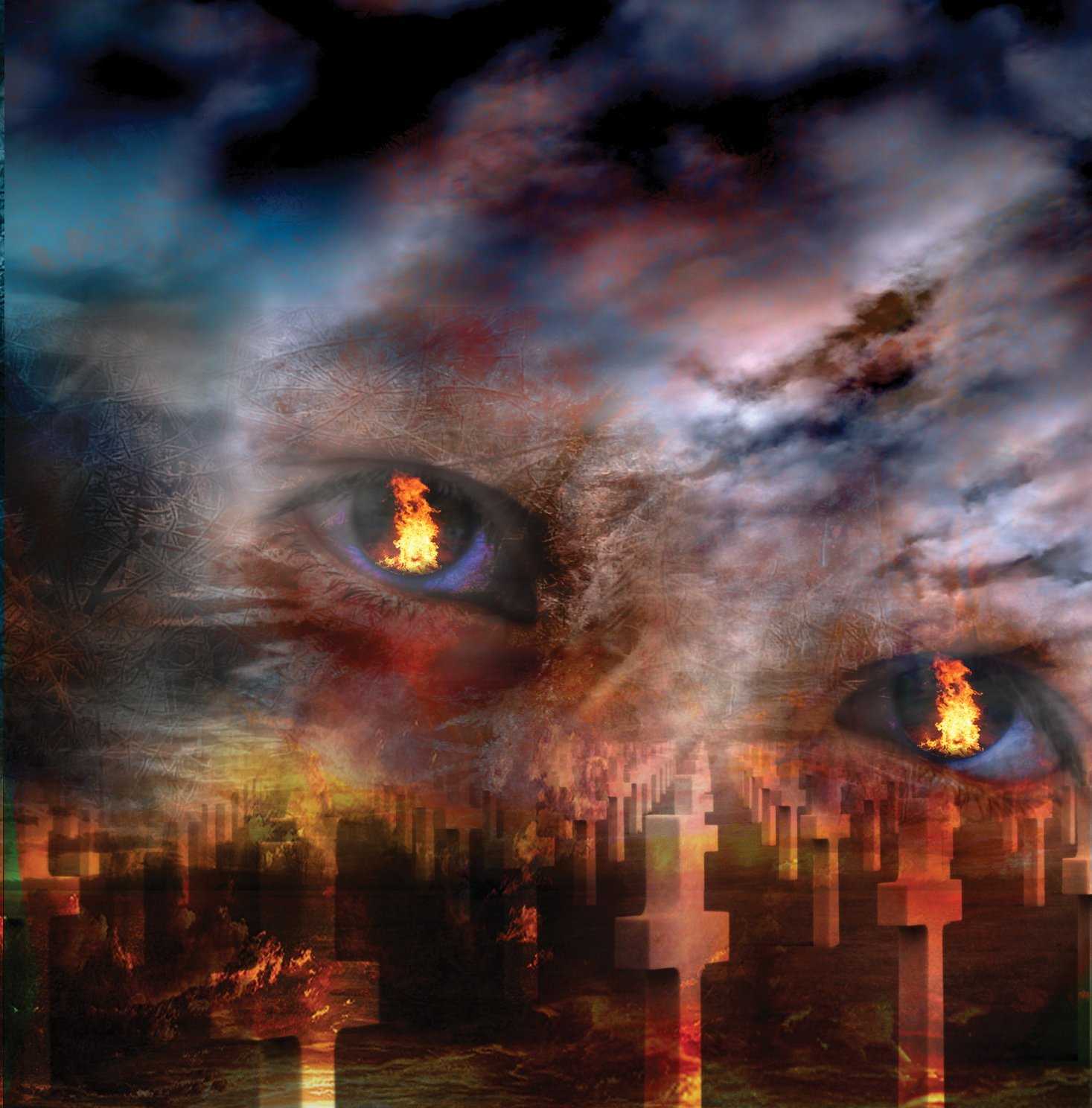 It seemed like nothing could stop the Wehrmacht, whose skill in combined warfare was unchallenged by any of its rivals. It also had a tactical strength that would continue to negate the superior technical, numerical and economic resources of the Allies for some time to come, and its cohesion and imaginative operational thinking were unparalleled. This perceived superiority, however, also sparked a fatal hubris, especially in Hitler and the higher Nazis, that now took more and more control away from the actual architects of the previous victories.

The invasion of the Soviet Union and the Eastern Front was not only the place where the German army would be broken, it was also the place where it would lose its morality. Hubris had caused High Command to disregard the warnings and concerns of the Wehrmacht’s more levelheaded officers. Despite its initial victories, the invasion of the USSR in 1941 showed that the German Wehrmacht was by no means prepared to fight such a demanding war against an enemy on such a magnitude. While the spearhead of the elite Panzer Units and motorised troops were racing ahead, most of the army was still marching by foot or by horse, and despite their tactical superiority, they failed to destroy the enemy’s armies before their vital momentum ran out.

The Eastern Front consequently turned into an unforgiving battle of annihilation between two fundamentally opposing world views. Nazi orders to mercilessly execute commissars and partisans would turn common soldiers into murderers, as their environment turned into a self-reinforcing cycle of violence and atrocities. While more and more Jews and other ‘undesirables’ in the eyes of the Nazis were rounded up by the SS and its auxiliaries right under the army’s nose, the Wehrmacht soldiers themselves were dragged into a war for survival that was only escalating in intensity as the pendulum of war eventually swung back out against them.

Year after year, as victories turned to defeats, the soldiers began to fight less for Hitler’s grand design or the so-called righteousness of the crusade against Bolshevism, but instead for pure survival, the comrade next to them and the safety of the fatherland. Retreating from the revenge of those that had suffered at the hands of Nazi crimes, they fought on until their backs finally broke. Till the end, driven back to the very doorsteps of Hitler’s ambition, the Wehrmacht continued to fight on until it could no more. The graves of the German soldiers and their allies, who fell in pursuit of a supposedly thousand-year-long empire, were many, and dispersed all over Europe, the former Soviet Union, Africa and the High Seas. The questions remains: Crazy madmen on a leash? Young men who lost their way? Or an army whose morals were systematically poisoned? Well, there is no easy answer.

The story of the formation of the Wehrmacht heavily inspired our song ‘ Wehrmacht ‘, which is featured on our album, Coat Of Arms. Take a look at the lyrics we wrote here.

If you’re interested in a more visual interpretation of this story, watch our Sabaton History episode, Wehrmacht – The German Army 1935-1945: