King Gustav II Adolph of Sweden, better known as Gustavus Adolphus, was one of Sweden’s greatest kings – a pioneer of modern warfare who laid the foundations for the Swedish Empire. He is the inspiration for the Sabaton song Lion From the North, from the 2012 album Carolus Rex.

Gustavus – who came to be styled “The Golden King” and “The Lion from the North” – was just 16 years old when he succeeded his father to the Swedish throne, and his reign was challenging from the start. His father, Charles IX, was not the rightful heir and had usurped the throne from his nephew Sigismund, who was also king of Poland. Charles had also begun wars in Russia and Denmark before his death, leaving his son with enemies at home and abroad. 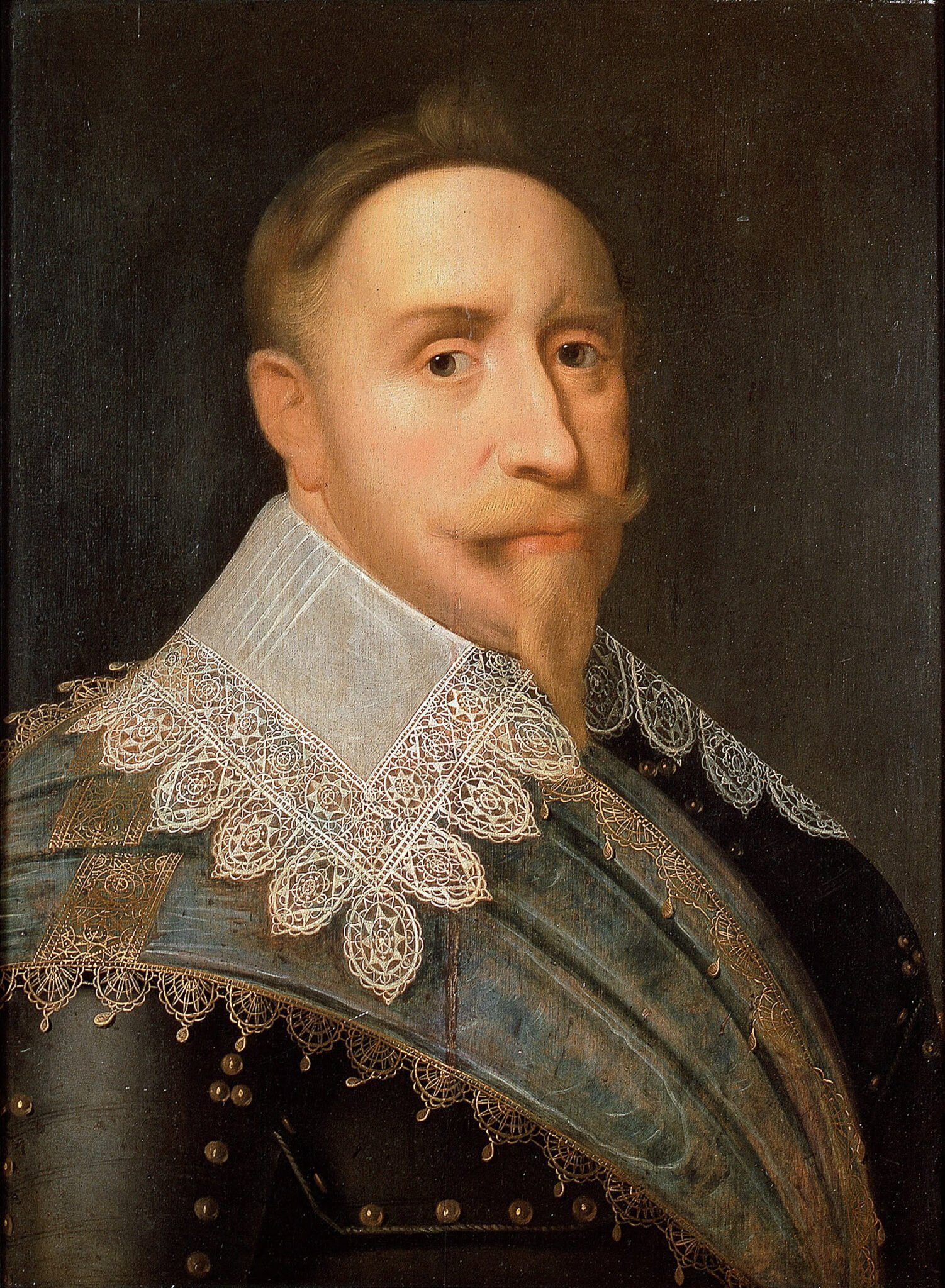 Portrait of Gustavus Adolphus painted during his lifetime, thought to be by Flemish artist Jacob Hoefnagel (1575-1630)

Gustavus’ first major lesson in warfare was in dealing with the Russian threat. He led campaigns to take over Russian territory, to cut off their trade with Western Europe and make them dependent on Sweden for access. This action would push Russia back toward Asia and prevent them gaining a foothold as a major European power until the rule of Peter the Great, almost a century later.

At home, Gustavus pushed back against the Swedish aristocracy’s dislike for his father and won their loyalty by involving them in his government, establishing a Supreme Court and permanent government offices including a Treasury, Chancery and later an Admiralty and War Office. Stockholm was established as a true capital city, while local government was brought under royal control to make taxation more efficient – all giving Sweden the most modern and effective government in Europe at that time. As well as establishing effective rule, he invested in schools and universities, and strengthened the Swedish economy.

It was Gustavus’ decision to enter into the Thirty Years’ War in 1630 that he is most famous for internationally. Historians are divided on why Gustavus chose to join the war, which had begun as a conflict between Protestant and Catholic states in the Holy Roman Empire (now Germany), following the election of Catholic Emperor Ferdinand II who was trying to impose his religion on the Empire. Theories range from Gustavus wishing to support and establish Protestant rule in Germany, to a simpler desire for financial and territorial gain. Whatever his reasons, Gustavus had gained experience of military strategy during his inherited wars with Russia, Denmark and Poland, which he combined with a high quality, properly-conscripted army and the first truly portable light artillery, and became a force unlike anything his new German opponents had ever seen before.

An alliance with the major Protestant state of Saxony soon followed, and the combined Swedish-Saxon force secured a landmark victory in the Battle of Breitenfeld in September 1631. By the end of the year most of northern and central Germany was under Gustavus’ control and the seemingly invincible king was making plans to conquer more territory. After crossing the Lech river in Bavaria, Gustavus had the occupation of Munich in his sights, and the fearsome general Albrecht von Wallenstein was called up to lead the Catholic armies against him. The deciding battle between these two leaders happened at Lützen on 6 November, 1632. The Swedes won the battle, but at a devastating cost, as their king became separated from his men while leading a cavalry charge and was shot multiple times and killed.

After his death, he was given the formal title of Gustav Adolf the Great (Gustaf Adolf den Store in Swedish and Gustavus Adolphus Magnus in Latin), and is the only Swedish monarch to have ever been given this honour. His wife, Maria Eleonora of Brandenburg, kept his body – and later his heart – in the castle of Nyköping for over a year, but he is now laid to rest in Riddarholm Church in Stockholm. He was succeeded to the throne by his daughter Christina.

Gustavus’ legacy to Sweden would be tremendous. His military innovations rewrote the rulebook on war, earning him the nickname “father of modern warfare” and influencing future generations of military leaders including the legendary Napoleon Bonaparte. By combining military prowess with his work to strengthen the state and the economy at home, Gustavus was able to establish Sweden as a major European power and lay the foundations for his successors to build an empire that would last for more than a century.