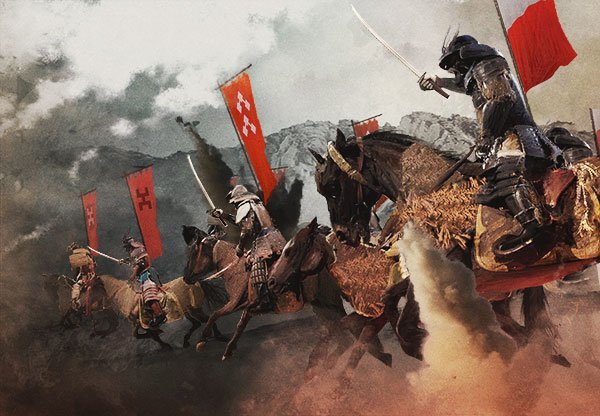 The Satsuma Rebellion (also known as “seinan sensō” – the Southwestern War) was a turning point in Japanese history. Although the samurai were heavily outnumbered, they made a heroic stand and counterattack against the Japanese Army and showed their legendary skills off to the world in their final fight.

In the 7th century, Japan took a major step toward an era of feudalism with a series of reforms. These included reforms for the ‘classes’ and the redistribution of land among local lords who in turn taxed much of the local population to live and work on said land. Over the centuries, these feudal lords eventually became rich and powerful, though that was not the reform plan, and the emperors became figureheads. To defend their position and their wealth, the lords depended upon skilled warriors who called themselves ‘bushi’, also known as the samurai. The Lords built their power-bases with their own private armies, and early medieval Japan saw clans and families rise and fall as they fought for power.

The era of the samurai

A new era began in the late 12th century when a clan leader named Yoritomo seized power and proclaimed himself shogun (shoguns were usually the de facto rulers of the country), and this elevated the importance of the bushi, which became the military arm of Japan. A new warrior caste was officially born.

The era of the samurai would last for hundreds of years. They were not simply armed thugs that pushed around the locals, not for the most part anyhow. They usually bound their lives to a code of honour and merit. One such set of rules to live by, next to the Book of 5 Rings and the Hagakure, was the Bushido. The Bushido speaks of a code of morality and principles that every honourable samurai must follow to be respected and valued in Japanese society. Central themes, next to the mastery of martial arts, are honesty, dignity and loyalty to their master.

Well into the 19th century, the samurai class within the rigid Japanese class system remained powerful and enjoyed the privileges given them by the daimyo (powerful Japanese magnates, feudal lords), but as the 19th century progressed, the shogunate was challenged by new ideas and social reforms, and was finally toppled by the Imperial Meiji Restoration in 1868.

Mutsuhito, the Meiji emperor, aimed to revolutionise Japan by adopting Western ideals. He pushed democratic reforms and established a constitutional monarchy. This broke the feudal structure and sabotaged the existence of the samurais. By abandoning the old ‘caste’-system, hundreds of thousands of samurais, some sources say up to two million, were suddenly out of a job, and worse for them, they were now socially equal to the common man, as the law now made all men commoners. This turned the whole social hierarchy on its head.

By then, Japan was under increasing pressure from the western colonial powers. European and American ships were already probing the far east to exploit potential weaknesses and Japan had to shed its old skin and enter the modern era or fall behind, opening the country to modern technology and ideas. By any standard Meiji saved Japan from the fate of the continental Southeast Asian states that ended up either colonised or torn apart like China. His main foreign policy achievement was to strengthen Japan to the point that they could resist the Unequal Treaties. The reforms he carried out on the home front contributed to this substantially.

The emperor’s new conscript army, for example, would rely on mass firepower instead of individual skill with the sword, and it would answer only to the central government, with no allegiances to local lords.

There were many powerful clan-leaders that supported the emperor, as it was their traditional duty. One such man was Saigo Takamori. He had played a large part in the Meiji Restoration, and supported modernising Japan’s military, but he also hoped the samurai could still hold on to their power in the countryside. This was not to be, and Saigo left his post as an imperial military advisor and retreated to his own domain of Satsuma / Kagoshima, on the southern Japanese island of Kyushu.

Now, he was opposed to the new structures of the Japanese society but did not seek to confront the emperor’s rule. Instead, he kept the ideas of bushido and the samurai alive in his own schools and dojos.

Well, it was soon obvious that imperial officials loyal to Saigo were unofficially supplying his schools with ammunition and military grade weapons (the Samurai did adopt new technologies and Clan Satsuma was famous for its artillery school). This raised deep concerns at the imperial high court. Investigators were sent out and they openly accused Saigo of preparing a rebellion. This was an insult to Saigo’s students and some of them committed local acts of violence against government officials. By 1877, this spiralled into open war between the samurai forces of Satsuma and the Imperial Japanese Army.

Saigo gathered warriors and students loyal to him and marched out of Kagoshima in early February to meet the approaching Imperial army in the field. But he made a strategic mistake that doomed the rebellion from the start. He wanted to first take Kumamoto castle, one of the strongest castles in all of Japan, north of his realm of influence. He thought it would surrender to him without a fight, but the officers of the castle remained loyal to the emperor. As he laid siege to the castle in winter conditions, the Imperial army arrived. Both sides were initially around 10,000 troops each, and for two months the battles raged, mostly in close combat with swords and bayonets, and the losses were in the thousands. But the Imperial Army under General Aritomo Yamagata, an old colleague and friend of Saigo, could easily replace conscripts by the hundreds, while samurai warriors, who had trained their whole lives with their weapons, could not do so at all. Despite their far greater skills on an individual level, the rebels were forced to retreat. Still, it was a fighting retreat and the remaining samurai waged a relentless guerrilla war, but they could not run forever.

By September it was only Saigo and 400 of his samurai who managed to slip through the imperial lines and make their way back to their capital of Satsuma, taking refuge on the heights of hill Shiroyama. It didn’t take long for the Imperials to catch up and General Yamagata was determined to finally capture Saigo and crush the rebellion once and for all. He ordered his men, some 30,000 strong by this point, to lay siege to the heights. They surrounded Shiroyama with a complex system of earthworks, trenches and barricades. 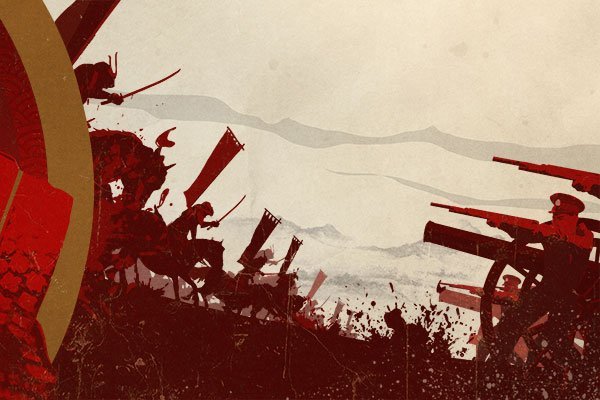 Yamagata sent out an envoy with a letter demanding Saigo’s unconditional surrender. That letter shows the deep affection and respect the Imperial General held for his friend.

“As the leader of young vigorous men of the nation and resisting a great and famous army through many fierce battles, your fame is already well enough known to the world. But now, most of your brave generals are dead or injured, and your military power is daily growing weaker. It is already clear that your Satsuma army is unable to keep its spirit. I don’t know what further things you can hope to achieve, except a hopeless defensive battle. If you, Saigo, rather than lengthening the rest of your days a little, prefer to cause hundreds and thousands of dead and wounded from both armies, there is nothing that I, Aritomo, can say to you. I beg you to judge for yourself as you hold matters in the palm of your hand, and that you will save both armies from death and injury. Ah, you are a man famous and known in the world. About our national constitution, naturally it is not only Aritomo who knows what you really think. But the matter has been settled over many years of public debate. I, Aritomo, earnestly beg you as your old friend. Writing this, my tears fall like rain, and I cannot express myself at all. Please sympathise with the sincerity of my pain.”

Saigo, true to the nature of bushido, could not accept surrender and denied Yamagata’s request. For the samurai, surrendering was the most shameful thing they could do. A warrior was not just remembered by how he lived, fought and served. He was also judged by the way he met his end. Death, even in defeat, could be the most honourable and glorious act of a samurai’s life, and after all, death is inevitable, but giving up or losing heart in the face of defeat is not, and is unacceptable.

The defeat at Shiroyama

Knowing the end was near, Saigo and his men spent their final days singing songs, writing poetry and playing games, while the Imperial army prepared its assault. Its artillery began to fire at midnight as September 24 began. The samurai wished each other farewell and shared a last cup of sake.

At 03:00, imperial infantry stormed up the hill. The samurai charged, forcing them into close combat. They could not hope to match the skill of the samurai and took huge casualties. Their lines fell into disarray, but numbers were on their side. By 06:00, only 40 of the samurai were still alive. Saigo himself had been mortally wounded.

Legend has it that he was carried back up the hill by one of his closest friends. As they found a quiet spot, Saigo turned one last time to the direction of the imperial palace, bowed and then got to his knees. He committed seppuku, the traditional suicide, by slicing his abdomen open to preserve his honour. His friend cut off Saigo’s head with one stroke and hid it somewhere on the mountain. In the morning sun of September 24, 1877, the remaining 40 samurai met their demise in one final suicidal charge into the imperial lines. All of them were cut down by gunfire.

The defeat at Shiroyama not only meant the end of the Satsuma rebellion but the end of the samurai. Japan had entered a new era where such warriors had no place. From now on, the Japanese would wage war with an army made of recruits from all classes and all backgrounds. Saigo Takamori remains a tragic hero, whose dedication and skill will always be remembered as examples of the best of the samurai and his code, the bushido.

Our song, ‘ Shiroyama ‘ is a tribute to the samurai’s ancient bushido code of honour. Take a look at the lyrics we wrote here.

If you’re interested in a more visual interpretation of this story, watch our Sabaton History episode, Shiroyama – The Satsuma Rebellion: