The second Battle of Doiran begins

The Valley of Death

In late 1915, the first British troops arrived at the Balkans theatre. As part of the Allied Army of the Orient, they would see action against all the Central Powers, but more specifically against Bulgaria.

Bulgaria had recently entered the Great War on the side of the Central Powers, who then had direct communication lines from Berlin to Istanbul.

The overall strategy seemed simple: break Bulgaria’s hold on Serbia, advance into the Vardar River valley and push the Bulgarians all the way back to Sofia. To do that, the British decided to put pressure on the area west of Lake Doiran, a major strategic objective since it guarded Kosturino Pass. But a first battle there in August 1916 ended in disaster. Each attack was repulsed with heavy casualties, as the Bulgarians tenaciously defended their well-prepared positions. What had gone wrong? 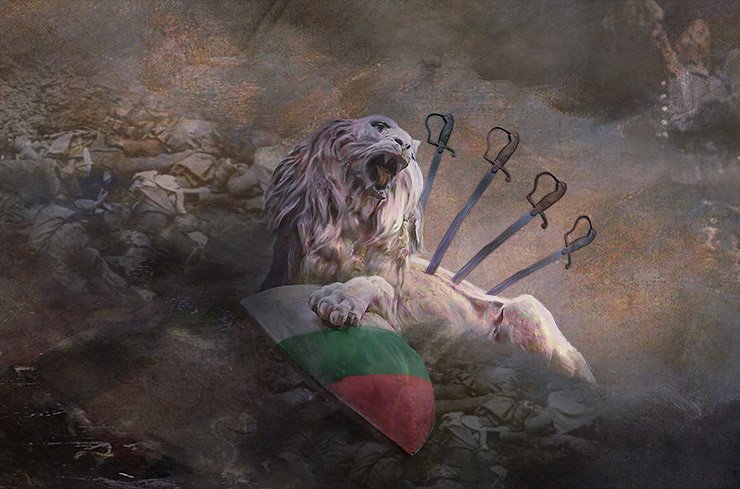 The countryside west of Lake Doiran was a labyrinth of hills, gullies and ravines – broken terrain that was well incorporated into a defensive system. German and Bulgarian engineers worked tirelessly to turn a natural fortress into a major stronghold. Undisturbed for more than half a year, they had built three defensive trench lines running across hills and ridges, each of increasing height. The little mountain range the British dubbed “Pip Ridge” was 600 metres high, and each of its six peaks were heavily fortified. The narrow passages leading up, not much wider than mule tracks, were covered by machine guns and barbed wire. To the east, at almost the same height, rose Grand Couronné. On its peak, the Bulgarians had built their major observation post. The British nicknamed it the “Evil Eye” or the “Eye of the Devil” as it overlooked all their lines with nothing escaping its gaze.

Over the months, the Bulgarians brought in barbed wire, wooden beams and tons of steel and concrete. With steel picks and drills, the men drove into the solid rock, blasting out dugouts and trenches with explosives. Deep into the earth they dug ammunition stores and command bunkers. Some with concrete roofs 2 metres thick. Each of the defensive sectors had machine gun bunkers and trench-mortar positions in place, often protected by steel and concrete to withstand bombardments. Heavy Bulgarian artillery batteries, ranging from 105mm to 150mm, were also well dispersed and hidden among the hills.

One recipe for a successful defence during the Great War lay in the close cooperation of gunners and their observers. Great emphasis was put on establishing an efficient network of communications. Telephone lines were buried deep into the earth, and there was also a system of semaphore flags, carrier pigeons and heliograph signals in place. To pinpoint targets, topographical experts had made surveys of the area and prepared detailed ranging tables. To complete this, the lines were held by one of Bulgaria’s top military units, the 9th Pleven Division. Highly experienced, well trained and well equipped, the Pleven Division would meet any attacker with a hail of machine-gun fire, hand grenades and trench mortar shells.

This was the area the British were supposed to break.

On April 22, 1917, the Second Battle of Doiran began. In a long preliminary bombardment, which lasted over three days, British artillery peppered the mountains in the hopes of cutting the wire and smashing the Bulgarian guns and dugouts. With blackened faces, the men of the British 22nd and 26th divisions stormed up the hills during the night. The plan was to surprise the defenders with a night attack, but dozens of searchlights suddenly lit up, illuminating their approach. Then the advancing troops got hit by very accurate defensive fire. Scrambling up and down the steep slopes, the British soldiers were half-walking, half-crawling across the ridges, through the thick and thorny brushwood. Only the occasional boulders protected them from gunfire and shrapnel, but once hit, the ricochet would send deadly rock splinters flying all over.

Those who made it all the way to the top got to discover that there was not just a single trench line to overcome, but several strongpoints that mutually supported each other. Although the barbed wire was, in fact, destroyed in most places, the attacking troops were caught by enfilading machine gun and mortar fire, while the artillery cut them off from the reserves. Those who broke into the enemy lines were met by heavy Bulgarian counter attacks. Only a few stragglers that weren’t killed or captured returned back to their own lines.

The second assault against the lines at Doiran didn’t fare much better than the first. It did, however, bring the British closer to the Bulgarian lines. To dig new trenches, they worked with picks and sledgehammers in full view of the enemy. Constantly harassed by sniper and artillery fire, Allied High Command wanted to attack again as soon as possible.

The new plan, though, was much like the old plan, except the already inadequate artillery bombardment was supplemented by gas shells. But of the 65,000 gas shells the British had requested, they got around 20,000, and more than half of them were defective. It was a recurring problem that the British War Office thought little of the war in the Balkans – “the gardeners of Salonika” as the men there were often called. 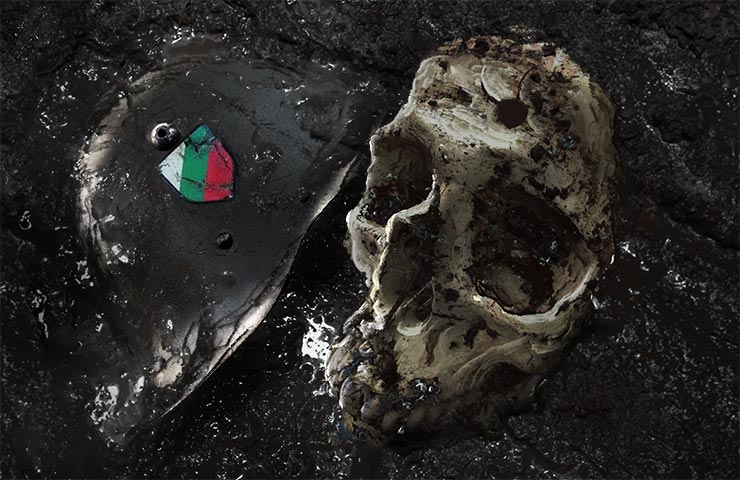 The 200 big guns assembled were nothing more than table scraps, with only 75 of them equal to or larger than a 60 pounder. Ammunition was also really limited – not a good start for an attack, but unknown to them, the Bulgarians were very well versed in anti-gas training. The 9th Pleven had more than enough modern gas masks at hand and there were several meteorological stations around Doiran that warned when the weather was favourable for an enemy gas attack.

Already on May 8, the next major attack began and the British preliminary barrage fell once more between Lake Doiran and Pip Ridge. In another night attack, the British Berkshires and Scottish Rifles broke into the enemy trenches. But once again, Bulgarian defensive fire and counterattacks forced the attackers out of their newly won positions, often at the point of the bayonet. As the sun rose, a gruesome sight presented itself in the hills: rows of the dead and dying, of horribly mangled bodies and decomposing corpses told of the night’s carnage. Once more, the head-on assault against the Doiran positions was a dreadful failure. The resolute and dogged defence of the 9th Pleven, as well as a total breakdown of British communication, had doomed the assault. Fighting in the Balkans would continue, especially in the Struma Valley, but for a while the British had no stomach to try again.

The new strategy of summer 1918

It was not until the summer of 1918 that the Macedonian Front returned to the spotlight.

On the Western Front, the Kaiserschlacht – German Spring Offensives – had caused major worry for Allied High Command. To relieve their hard-pressed forces with attacks elsewhere, the French sent General Franchet d’Esperey, “Desperate Frankie”, to Macedonia to have a go against the Bulgarians with the Army of the Orient.

The British were less enthusiastic about yet another offensive at Lake Doiran. A lot of their troops had been sent to Palestine and Belgium, so what was left was weaker than a year earlier. Relief came, however, from Greece, which, after the abdication of King Constantine in June 1917, had fully committed its forces to the war against Bulgaria. Greece had replaced Russia in the five nation army (the Russians left the war after the revolutions of 1917), so it was Britain, France, Italy, Serbia and Greece in the Army of the Orient.

A new plan was made to break the “soft underbelly” of the Central Powers. Many thought that the Bulgarians were war-weary by now, and that their army would disintegrate once their lines were broken. So, while Serbian and French troops would move against the Bulgarian positions in the Moglena Mountains, the British would again try their luck west of Lake Doiran.

Facing the British XII Corps once more was their old adversary, the battle-hardened 9th Pleven Division. Their defensive positions had been further improved, and with 122 artillery guns and 188 machine guns in place, the Bulgarians were more than ready. In the early morning hours of September 18, 1918, British and Greek forces went on the attack. The first push seemed promising, especially when the Greek troops of the “Seres” Division took several strong points of Petit Couronné. Heavy hand to hand fighting followed, as the Bulgarian defenders tenaciously defended their positions with grenades and flame-throwers. Soon the whole Lake Doiran Valley was filled with smoke, flares and bursting shells. Poison gas filled up the narrow, winding paths, as flames thrashed over the steep ridges.

Three times the attackers went up against the lines and three times they were beaten back. Bulgarian artillery and trench mortar fire was relentless. After suffering heavy casualties, the surviving units withdrew from their untenable positions. Under the gaze of the “Devil’s Eye” the exhausted Allied troops retreated to their starting points. British High Command had to concede that they had failed and that the Doiran Front remained unbroken.

Just two days later, the news arrived that the Bulgarians were leaving. This stunned the British troops, who had just suffered a major defeat, and they now received the order to pursue a rapidly retreating enemy. This came from the success of the French and Serbian Forces, who had broken through the Bulgarian lines. Now in danger of being outflanked, the Bulgarian 1st Army had to withdraw from the Lake Doiran region. After sabotaging or destroying any equipment that could not be carried, the 9th Pleven Division left Doiran for the Kosturino Pass.

“Had you been there when the dawn broke, had you looked from out the trenches, you’d have seen that Serbian hillside, Seen the aftermath of battle; Seen the scattered picks and shovels, Seen the scraps of stray equipment, Here and there a lonely rifle, Or a Lewis gun all twisted; Seen the little heaps of khaki, Lying huddled on the hillside, Huddled by the Bulgar trenches, Very still and very silent.” – Owen Rutter – Tiadatha

The dominos of the Central Powers now fell rapidly, and seven weeks later the war was over. The Gardeners of Salonika had finally knocked over the first domino.

The story of the Battles of Doiran heavily inspired our song ‘The Valley Of Death‘, which is featured on our album, The War To End All Wars. Take a look at the lyrics we wrote here.

If you’re interested in a more visual interpretation of the above story, watch our Sabaton History episode, The Valley of Death – The Battles of Doiran: