Around the beginning of the 18th century, the Swedish Empire under King Karl XII – Charles XII – found itself at the height of its power. Swedish influence spread far beyond its own realm, and it began drawing most of northern Europe into its political sphere. And as always, with great power came great responsibility.

To the empire’s south, the Polish-Lithuanian Commonwealth was increasingly succumbing to internal strife and destructive foreign influence. Without effective leadership, Poland was in constant political flux. The squabble of different aristocratic camps destabilised the kingdom ever closer to the point of anarchy. Swedish King Karl sought to put an end to this. He ousted the former regent, Augustus II, and instead placed his own candidate, Stanislaw I on the Polish throne. Karl hoped that with his backing, Stanislaw would be able to not only stabilise the country, but also act as a useful political puppet to the Swedish Kingdom. This was easier said than done.

Augustus, who not only wanted the Polish throne back but was also the elector of Saxony, did not take his ousting lightly. He got in contact with Tsar Peter I of Russia, who was busy challenging Swedish power in the Baltics. United by their animosity for Karl, they formed an anti-Swedish alliance. Then at the head of a Russo-Saxon Army, Augustus occupied Warsaw in 1704, bringing Stanislaw’s usurpation to a halt. The agitated Polish people refused to fight for Stanislaw, who had to flee the city and take refuge with the Swedes. Sighing heavily, Karl set his army to march, soon recapturing Warsaw. The Swedish army was known as the most formidable and professional military machine at the time in Europe, and had beaten the Saxons repeatedly in the field, even when heavily outnumbered. But it did take months to secure the Polish throne, and all the while, Peter’s Russians were raiding Karl’s possessions in the Baltics.

It was not until the late autumn of 1705, when Karl finally found himself freed of Polish politics. With Stanislaws’ crown secured, he could now gather the bulk of the Swedish army and march against those pesky Russians. Although his advisors did point out that winter was not a good time for campaigning for obvious reasons, Karl just laughed in their faces. His soldiers had rested all summer long, so they might as well take to the field. True to their king, the Swedish army set off, and for a while the Swedish army disappeared from sight into the rough Lithuanian countryside. Marching through deep forests and treacherous swamps, the Swedish soldiers made a 180-mile-long journey in just 17 days. They surprised a large Russian force under General Ogilvie, who had set up camp in the fortress of Grodno, and who was not expecting such a march in winter. At the beginning of January 1706, 20,000 Russian soldiers were trapped and besieged by Karl’s army.

For the next two months the siege continued, and General Ogilvie’s troops suffered dearly as their supplies dwindled. For Tsar Peter, this situation was cause for real panic, for this was not just a fortress garrison, but a whole army corps that was trapped in Grodno. If they were defeated, a full Swedish invasion would most certainly follow. Even worse, Peter’s recent political reforms had made him many internal enemies among the Muscovites, who just seemed to be waiting for an opportunity to incite rebellion against his rule. So, Peter urged his Saxon ally to break the siege with an attack from the west. 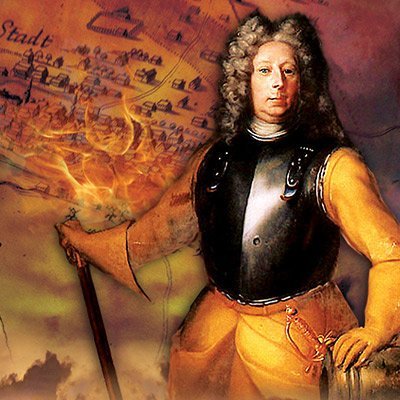 Augustus, who was not only known as ‘the Strong’ but also as someone who was extremely stubborn, was keen on getting his revenge too. Back in Poland, only a small Swedish token force of fewer than 10,000 men under the command of General Carl Gustav Rehnskjöld had remained to keep their eyes on the Saxons. Knowing that his own forces would outnumber the small Swedish contingent by far, Augustus planned to end Swedish influence over Poland once and for all with a single decisive stroke. Augustus not only began gathering 15,000 men himself, he also ordered his favourite General, Matthias-Johann von der Schulenburg, to set his 20,000 men into motion too.

Rehnskiöld, however, was no fool. He sensed the trap that was being set for him. Instead of waiting, Rehnskiöld broke camp immediately. His strategy was simple. He could not hope to win against the combined numbers of his enemies, so he needed to deal with the two armies one at the time. Rehnskiöld gathered his force and feigned his retreat. Schulenburg took the bait. Without waiting for his liege, the Saxon General gave pursuit, sure of a quick victory. Near the town of Fraustadt, today’s Wschowa in western Poland, he caught up with the Swedes.

In the early morning hours of February 3 by the Swedish calendar, the two generals prepared for battle. Around 20,000 men under Schulenburg faced off against fewer than 10,000 Swedish soldiers. They stood apart on a 2km wide open field. In the midst of winter, the ground was frozen and a thick morning fog had descended. The field was broken by lots of small ditches and frozen streams, which made large formations difficult to maintain.

Schulenburg placed his men in a long line, with barricades in front of infantry and artillery. The flanks were guarded by his cavalry. The Saxons clearly outnumbered and outgunned their enemies, fielding 37 artillery pieces, while the Swedes had none. Schulenburg felt so sure of victory, that he ecstatically rode up and down the lines, declaring that no quarter was to be given and no prisoner would be taken. He even sent out envoys to Potsdam, urging the Prussian King not to harbour any Swedish refugees after the battle. But while the Swedes were amongst the most formidable soldiers, the same could not be said about Schulenburg’s own force. Most of his soldiers were mere conscripts, some even French prisoners or Swiss mercenaries that had been pressed into his army. And the 7,000-strong Russian detachment on loan was of doubtful quality.

General Rehnskiöld placed his own troops into four groups. More than half of Rehnskiöld’s forces were highly mobile cavalrymen and dragoons, and he had them in squadrons on his flanks, while the centre was to be dominated by the Swedish infantry. His plan was simple: hit them first, hit them hard.

At high noon, the Swedish formations surged forwards. While Rehnskiöld’s infantry moved up to meet the Saxon centre, the Swedish cavalry circled around the flanks in a wide arc. On the Swedish left, the cavalry made such a quick advance that the Saxon horsemen panicked. Without firing a shot, the men turned and fled. On the right, a somewhat similar scene unfolded. Although the Swedish cavalrymen were slowed by the frozen streams, the Saxon cavalry offered only weak resistance, and after a few attacks, the Saxon left gave way and also turned. Smaller Swedish squadrons gave pursuit, but the rest turned and attacked the Saxons from the rear. In the meantime, the Swedish foot soldiers had closed in on the centre and were taking the brunt of Saxon artillery and musket fire. Still, in typical Swedish fashion, the men marched onwards, seemingly unfazed by fire and death. At the range of only 10 metres, the Swedish infantry unleashed a devastating volley into the enemy ranks. Then they drew their swords and crashed into the confused Saxon and Russian lines with steel. In furious close combat and threatened from all sides, the Saxon lines quickly collapsed. The French and Swiss auxiliaries had already thrown down their arms and defected to the enemy. The Swedes had also captured and turned the enemy’s own canons against him. Faced with the choice of being cut down by cannonballs or cavalry sabres, the Saxons either surrendered or died were they stood. Only the Saxon Guard defended itself until the afternoon.

The Swedes are victorious 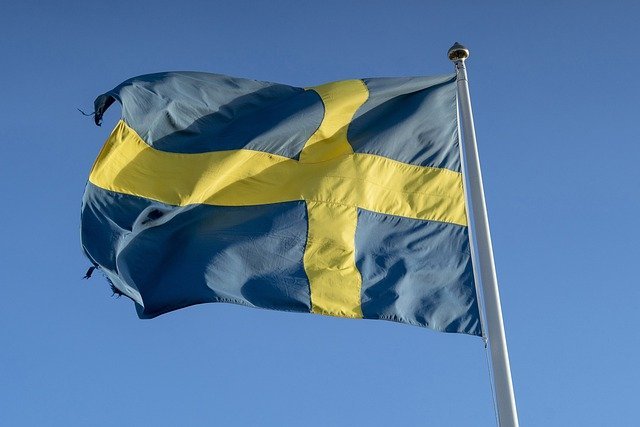 The main battle had lasted maybe half an hour and was a resounding victory for the outnumbered Swedes. They had captured large stores of guns and ammunition and destroyed Schulenburg’s army nearly entirely. Contemporary sources claim that a lot of Russian prisoners were shot after the battle, but historians are still divided about the scale of the massacres. Tsar Peter, however, was quick to exploit the allegations for his own propaganda means to save his throne.

Nonetheless, after Schulenburg’s defeat, Augustus himself faced a rebellion in his own aristocratic ranks. The Saxon noblemen forbade him to go on any more offensives against the Swedes and to disband the troops he had already gathered immediately. Karl, of course, was delighted to hear of Rehnskjöld’s victory, and promptly awarded him the Marshal’s baton.

Although General Ogilvie had escaped the siege of Grodno, Karl knew that his troubles in Poland were a thing of the past. Now it was time to deal with Peter and his ambitions, before the Russian Empire had a chance to rise.

The Battle of Fraustadt heavily inspired our song ‘ Killing Ground ‘, which is featured on our album, Carolus Rex. Take a look at the lyrics we wrote here.

If you’re interested in a more visual interpretation of this story, watch our Sabaton History episode, Killing Ground – The Battle of Fraustadt: