The birth of Heavy Metal

It was the old days; the do or die days. The days long before the Internet and smartphones, before MP3s and streaming, even before CDs. The days when people gathered impatiently in front of small record stores, waiting to buy or just listen to the newest LP, and nights spent in packed clubs, with sweat running down the walls, and speakers turned up to 11. It was the 70s and 80s, when everything was louder than everything else.

Let’s start at the beginning, when Rock n Roll still bore the stigma of being the Devil’s music, and was supposedly only listened to by tattooed bikers, brawling city kids and hippies. Music that was performed by self-proclaimed “beer drinkers and hell raisers”, who proudly sang about dangerous drugs and even more dangerous women.

The birth of heavy metal 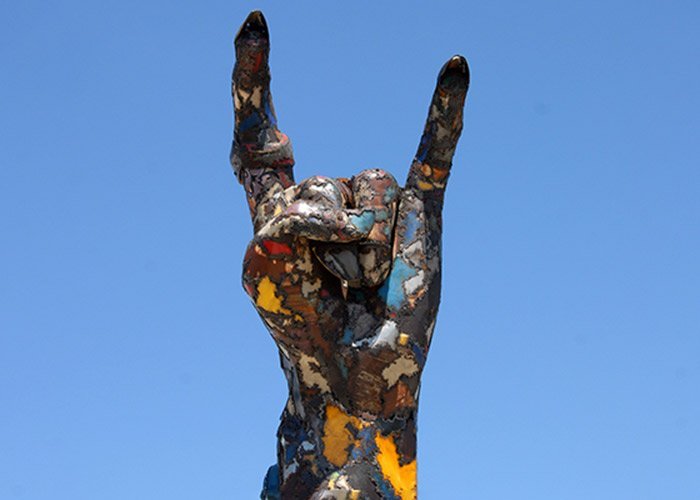 If there is such a thing as a birth date for Heavy Metal, it might as well be February 13, 1970, when Black Sabbath dropped their groundbreaking debut album. Some people refer to Iron Butterfly’s ‘In a Gadda da Vida’ as the first metal record, but they were really more of a psych band. The band around frontman, Ozzy Osbourne, took the still blues-heavy Rock n Roll sound of the late 60s and put a harder, gloomier and even occult spin on it, with terrifying distortion effects and even darker lyrics. Of course, many critics slammed it, but the younger generation loved it.

The 70s, with bands like Uriah Heep, Thin Lizzy and Nazareth, was a time when what we now call ‘Classic Rock’ slowly got harder, faster and louder. Bands began experimenting with a more aggressive and immediate style, fully embracing overdrive, distortion and other effects, and the power of the electric guitar over the harmonic sound of the acoustic guitar, amplifying its sonic power to the maximum.

Culturally, the Hard Rock and early Heavy Metal scene emerged from the dying Hippie scene, but still had time to develop well before the rebellious and anti-social Punk movement took hold. So, the rock and metal bands kept their long hair, but instead of the tie-dyed shirts, bell-bottoms and headbands of the hippies, they went on stage in denim and black leather, embroidered with spikes and rivets. Beards and hair were styled to match the clothes, and consequently, the men and women on stage became cultural icons. It was the age of the rockstar, sex-symbols and prophets of a new musical era who, instead of love and spirituality, advocated and personified the adventurous life on the road, freedom with a tough-guy attitude, and if that freedom meant sex and drugs, then so be it.

Many of those rock stars came from humble, working-class backgrounds and industrial cities, and sang about their everyday hardships, expressing their views on life and society with the harshest sound available, but that made them relatable to a huge audience of young people. While other kids went to the brightly glowing discos, Rock n Rollers met in dark, smoky bars and clubs. But for many, Hard Rock was still not hard enough, not by a long shot, and the boundaries of what could be done with the music had yet to be really defined.

The movement at the end of the 1970s, hailed by the press as the “New Wave of British Heavy Metal”, included bands like Iron Maiden, Judas Priest and Saxon, who brought new energy to the scene, focusing on complex guitar solos and a faster paced sound. With the beginning of the 1980s, the heavy metal scene further defined itself, and many bands found a personal style of playing. You had the emergence of the double bass drum pedal – adding even more power to the ever-faster music. You also had complex bridges and technical riffs, with even faster guitar playing techniques like tapping and sweep-picking, while other bands dissociated themselves from this and kept to the more bluesy style of the past or drifted towards the simplicity of punk rock. Or, they combined the energy of punk with metal and gave birth to thrash.

Although Heavy Metal is often perceived as complex by nature, it is still bound to the basics of verse-chorus-verse, and it is therefore up to the band itself to strive further, perhaps with solos, perhaps with speed, perhaps effects, or perhaps song writing, which gives Metal the potential to diversify itself. The popular band composition for a classic metal band was a singer, a rhythm guitarist, a lead guitarist, a bass player and a drummer – maybe only one guitarist. Supporting keyboards had actually been quite common at the beginning, though, as the influences from the late 60s were still strong and would later re-emerge when metal bands wanted to focus on a more symphonic and bombastic sound. 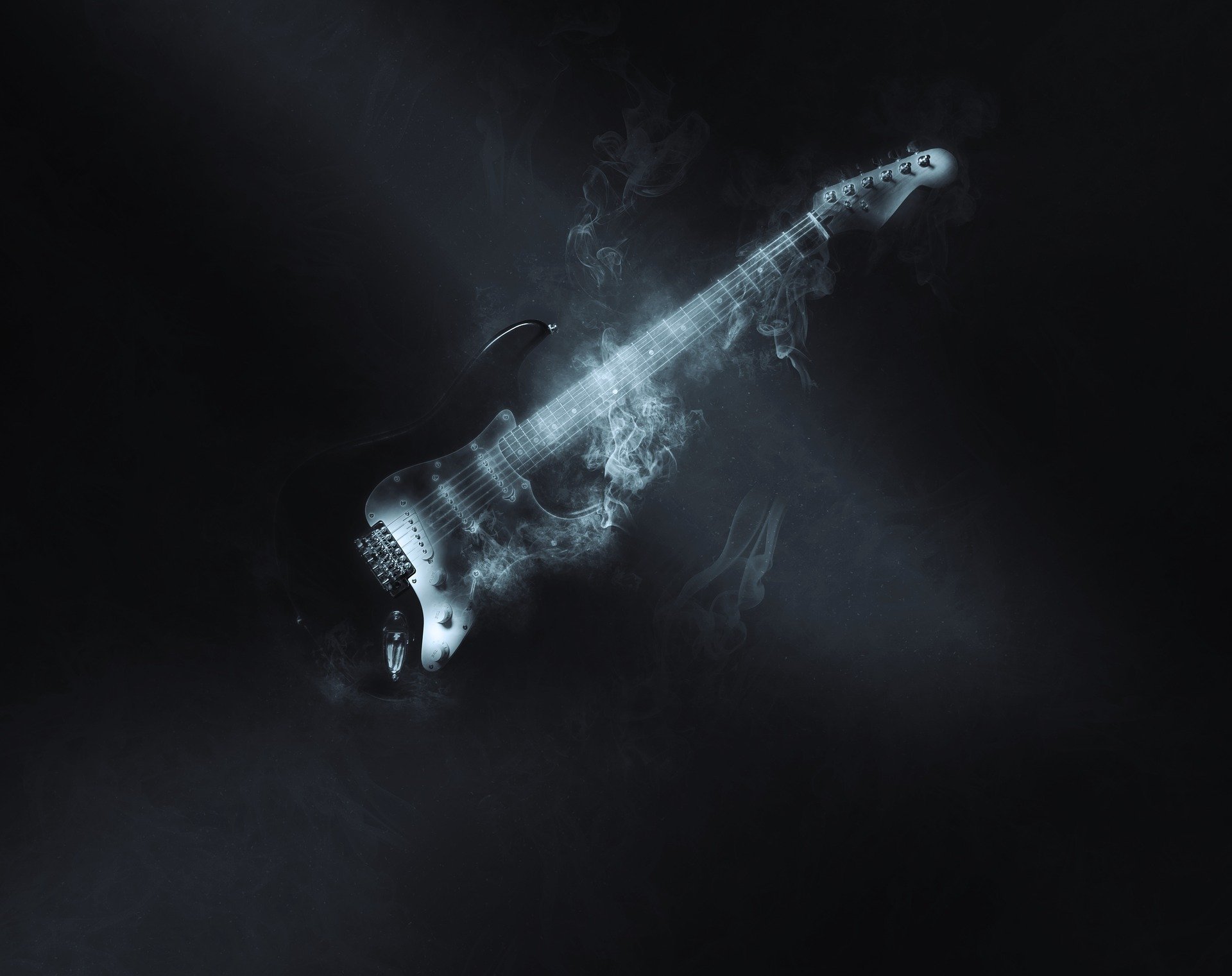 The 80s are usually seen as the high water mark of “traditional heavy metal”, forever immortalised by the iconic vocalists – the air-siren of Bruce Dickinson or the clean shrills of Rob Halford, and the lightning guitars of guys like Yngwie Malmsteen. More and more metal bands commandeered the record charts, but also bands that were counted as metal, although they were actually more closely tied to classic Hard Rock, like Guns and Roses, who climbed the charts to number one, reaching ever more people, and opening up the whole genre to the attention of a broader audience.

Outside of its British birthplace, new heavy metal scenes with their own distinctive sound began to emerge all over the world, including in the US, Germany and Canada. Dio, Accept and WASP further continued developing classic Heavy Metal.

Bands like Megadeth, Metallica and Slayer strained the definition of “traditional” Heavy Metal to the maximum. They were even faster, even more aggressive, with screaming guitars and smashing drums. It was not just the sound that evolved, but the lyrical content too, and the heavier the music became, the darker the lyrics became, focusing on the underbelly of humanity – war, bloodshed and the deep abyss that is the human psyche.

The “parental advisory” sticker and “explicit lyrics” warning soon became proudly worn badges. But with fame and infamy came a lot of criticism from the media, politicians and pseudo academics, who needed a scapegoat for the evils of society. The extravagant stage shows of bands like Motley Crüe and Kiss were a prime target for criticism from conservatives, and metal lyrics were seen as promoting satanism, hedonism, misogyny and violence. It was always a back and forth. Metal fans wanted to distance themselves from society, proudly displaying the devil-horns, pentagrams and other symbols, and the media loved to have someone to blame. And of course, ever since time began, bands portray a certain image to please and inspire their fans.

In the 90s, many legends of the 70s and 80s took creative breaks or changed line-ups, and new influences began to join the mix. Grunge had been under the radar in the 80s but bands like Soundgarden and Nirvana exploded as the decade began, with a mix of metal, punk and indie influences. But then suddenly, metal was mixed with alternative rock and even hip-hop or electro, creating what is known as ‘Nu Metal’. These days often shunned by the traditionalists as the bastard child and marking a low point with respect to ‘traditional metal’, Nu Metal, love it or hate it, was, just a product of its time; of TV music videos and a lot of teen-angst.

But while Nu Metal was entering the mainstream, even more extreme and aggressive subgenres of Heavy Metal began to emerge, especially in the far north of Scandinavia. Black and Death Metal, which topically oriented themselves often further towards history and the dark, violent past of mankind, expressed themselves through gloomy and misanthropic lyrics, delivered in high pitched screams or deep growls. Following the footsteps of Venom, bands like Bathory or Unleashed embraced the mysterious atmosphere of the Viking heritage in the far north. The occult and the hedonistic, which had always been an influence in Heavy Metal, were now expressed more strongly. Power Metal bands on the other hand, went the other way, trying to open themselves up to a broad audience, with cleaner vocals and fantastical themes.

Today, there are dozens of metal subgenres, but just the term “Heavy Metal” still stands out as a musical and cultural statement – a musical and cultural icon. Many of the old guard from the 70s and 80s are going strong or have had some sort of revival, and there are hundreds of Metal festivals all over the world that bring people together. Of course, the bands are influenced by those who have come before them. Each band can probably cite a dozen or so bands that influenced their specific personal style of playing or changed their sound in a certain way. And in turn, those bands would further influence others in the future.

In the end, all you need is to enjoy the music, have a good time and “noch ein Bier”.

The history of Heavy Metal inspired our song ‘ Metal Crüe ‘, which is featured on our album, Attero Dominatus. Take a look at the lyrics we wrote here.

If you’re interested in a more visual interpretation of the above story, watch our Sabaton History episode, Metal Crüe – The History of Metal: