The Defence of Belgrade

When the First World War began, the might of the Imperial Austro-Hungarian Army descended in force on little Serbia, but that didn’t work out so well for the giant.

The Austro-Hungarian invasion of Serbia in 1914 had been a complete failure. The Serbs had been victorious in Cer and Drina, and in the long Battle of Kolubara, which saw the Austrians take Belgrade, though they only held it for two weeks and suffered devastating losses. 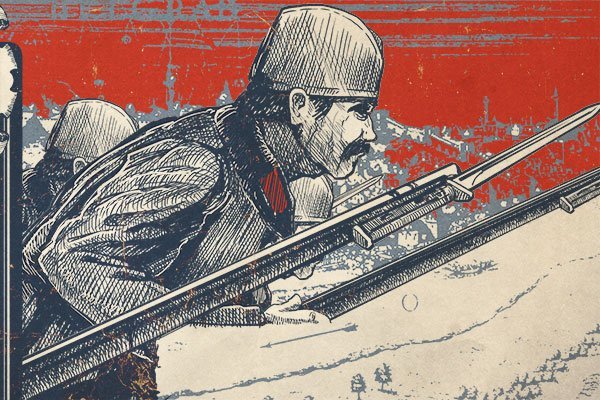 In late 1915, they were going to try again. Serbia was a major prize; taking it would give the Austrians one less battlefront, and it would open up a direct rail supply link from Berlin to Constantinople.

This time it would begin with a combined Austro-German force under Germany’s renowned August von Mackensen. He planned to attack Serbia at multiple points on its northern front, while secret negotiations were proceeding with the Bulgarian government about joining the war and then also the Serbian invasion from the east.

His plan was simple. The newly re-organised Austro-Hungarian 3rd Army was to cross the Danube and the Sava west of Belgrade and take the high ground south of the Serbian capital. This would not only isolate the city, but also bind as many Serbian troops to it as possible; Mackensen well knew the importance of the ‘White City’ for the honour and prestige of the Serbian people. At the same time, his 11th German Army under Max von Gallwitz would cross the Danube to the east of Belgrade and push further inward into the Morava Valley, threatening the main Serbian forces outside the capital and the city itself from the other side. While the Austro-Hungarians were the anvil, the German Army was to be the hammer under which the Serbian Army would receive the final blow.

But the Serbs had time to prepare. Months had passed since the defeat of that 1914 invasion and another attack on the capital was of course anticipated. Both the Danube and the Sava were major obstacles, and the Serbs readied their defensive. Mackensen had to hurry with his plans before the onset of bad autumn weather, and it was already late September when his forces reached Belgrade.

After the taking of Temesziget, one of the biggest islands in the Sava, they made ready to storm the city. The assault troops were given extra ammunition and rations, with the knowledge that once the river crossing was made, supplies and reinforcements could not be guaranteed.

Massive artillery, especially heavy howitzers, was the key component in Mackensen’s plan. This was a lesson he had learned during the Gorlice-Tarnow offensive earlier in the year, where his heavy artillery repeatedly broke the Russian lines, forcing them back time and again. In addition to the large amount of heavy howitzers and Minenwerfer, the Austro-Hungarian river monitor Szamos and other armoured steamers of the Danube flotilla also opened fire.

Soon Belgrade and the Serbian positions were in flames as the Austro-Hungarian forces tried to cross the Danube. But Austrian Field Marshal Hermann Kövess von Kövesshaza had chosen poor spots for the crossing. The ground was swampy and the weather turned for the worse. A heavy rainstorm caused the Danube to swell. Bridgeheads were established but progress was slow, as most of the pontoon bridges were destroyed by the Serbian artillery or simply swept away by the heavy current. Relentless Serbian counter attacks threatened to destroy the bridgeheads and the Austro-Hungarians fought with their backs to the river.

To assure a safe crossing of the main force, Kövess had to take several islands in the river, two islands in particular which the Germans named ‘Zigeuner Inseln’ (Gypsy Islands) and the one they called ‘Great War Island’, at the conflux of the Sava and Danube Rivers. These were all well-fortified by the Serbian defenders, and camouflaged machine guns covered every approach over the river. They could only to be taken by close combat. Even with the assistance of the German XXII Reserve Korps, commanded by General Eugen von Falkenhayn – the German Army Chief of Staff’s brother, progress was slow and casualties among the assault troops were high. 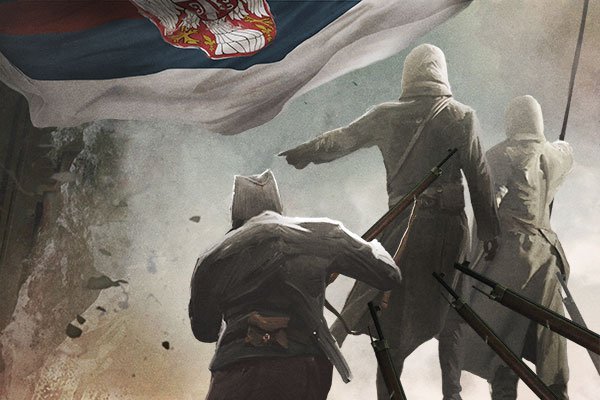 After hours of fighting, most of the heavy Serbian guns defending the city were destroyed by the enemy artillery – the anti-aircraft batteries as well – allowing the German reconnaissance planes to direct fire even more efficiently.

The eventual capture of the river islands was the turning point in the battle, as the crossings could be now made in relative safety, and the artillery could be moved up.

Fighting reached the old fortress of Kalemegdan. Belgrade could not hold out much longer, not without help from the Entente. French troops were en route from Salonika, but it was extremely doubtful they could arrive in time to help. Still, counter-attacks were made wherever possible.

“Soldiers, exactly at three o’clock, the enemy is to be crushed by your fierce charge, destroyed by your grenades and bayonets. The honour of Belgrade, our capital, must not be stained. Soldiers! Heroes! The supreme command has erased our regiment from its records. Our regiment has been sacrificed for the honour of Belgrade and the Fatherland. Therefore, you no longer need to worry about your lives: they no longer exist. So, forward to glory! For the King and the Fatherland! Long live the King, Long live Belgrade!”

The story goes that Gavrilovic’s men stuck flowers to their tunics, taken from a flower shop nearby, as they prepared to charge to their deaths. It was indeed heroic. Most of Gavrilovic’s men were cut down by the Austro-Hungarian guns. Gavrilovic was badly wounded, though saved from death by other survivors, who dragged their major back from the fighting so that he could live to fight another day.

The fall of Belgrade

On October 9, Mackensen reported the fall of Belgrade. The relief force from Salonika never made it to the Serbs in time. Bulgaria declared war on Serbia on October 14, and the Austro-German-Bulgarian invasion brought victory to the Central Powers weeks later.

Today, Gavrilovic’s speech is etched into a monument near the Nebojsa Tower to commemorate their valiant last stand – the stand of a defiant and proud people refusing to be cowed by an overwhelming force.

Our song, ‘Last Dying Breath‘, which is featured on our album, The Last Stand, was written about the Defence of Belgrade in 1915. Take a look at the lyrics we wrote here.

If you’re interested in a more visual interpretation of this story, watch our Sabaton History episode ‘Last Dying Breath – The Defence of Belgrade’: