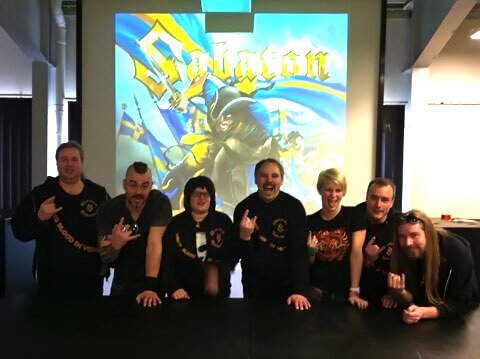 This weekend Joakim & Pär visited the Nuclear Blast office and played the new album for selected media for the first time. It was very well received and the guys from our record label just can’t wait until it is released.

Also a small group of friends from the German fan club “Saboteurs” were present and got to hear the album for the first time and we think that this quote says it all:

“For me it is the best album Sabaton has made”
/Peter Bubser, leader and one of the founder of the German fanclub “Saboteurs.”