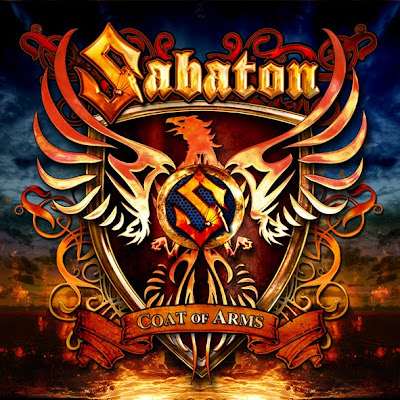 “An album that will probably inspire next generations of bands.”
HARD ROCKER (PL) | Bart Gabriel

“The album is a worthy successor of smashing “The Art Of War” and will get the band to the next level! “
HEAVY (GER) | Jürgen Tschamler

“Coat Of Arms will take SABATON to a new level, and bring them into the Champion’s League of metal.”
SCREAM (NO) | Stig Odegard

This is what a few european magazines thought about the upcoming album Coat of Arms.
Wanna decide for yourself what you think of the new album?

We are really proud to present the full album availible on our myspace from today and until the release which is 21st of May.
At the same time we launch our new myspace and website.

There are now easy pre-order links for the new album on the sites, make sure that you dont just get the downloaded version.. 😉

Thank you for your support and see you on tour.