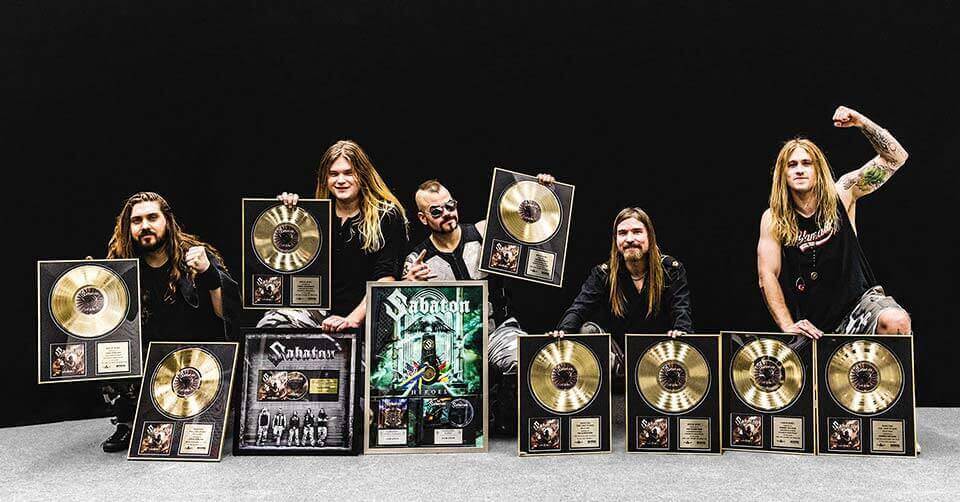 After hitting the charts worldwide with “The Last Stand” last year (#6 World; #1 in Finland, Sweden, Switzerland and Germany among others), we were recently honoured with new plaques for our impressive album sales: “The Last Stand” achieved Gold in our homeland Sweden, and in Poland. The previous studio album, “Heroes“, even got platinum-certified in Sweden!

On March 4th, Sabaton had already been honoured with golden plaques for “The Last Stand“‘s sales in the Czech Republic at Tipsport Arena, Prague.

“This is a proof of two things, first that we are still able to make music that fans wanna listen to and second that we have fantastic fans who really care. Sure, the current tour is called “The Last Tour”, but as long as it is going like this we’ll be going strong for a long time.”
/ Pär Sundström