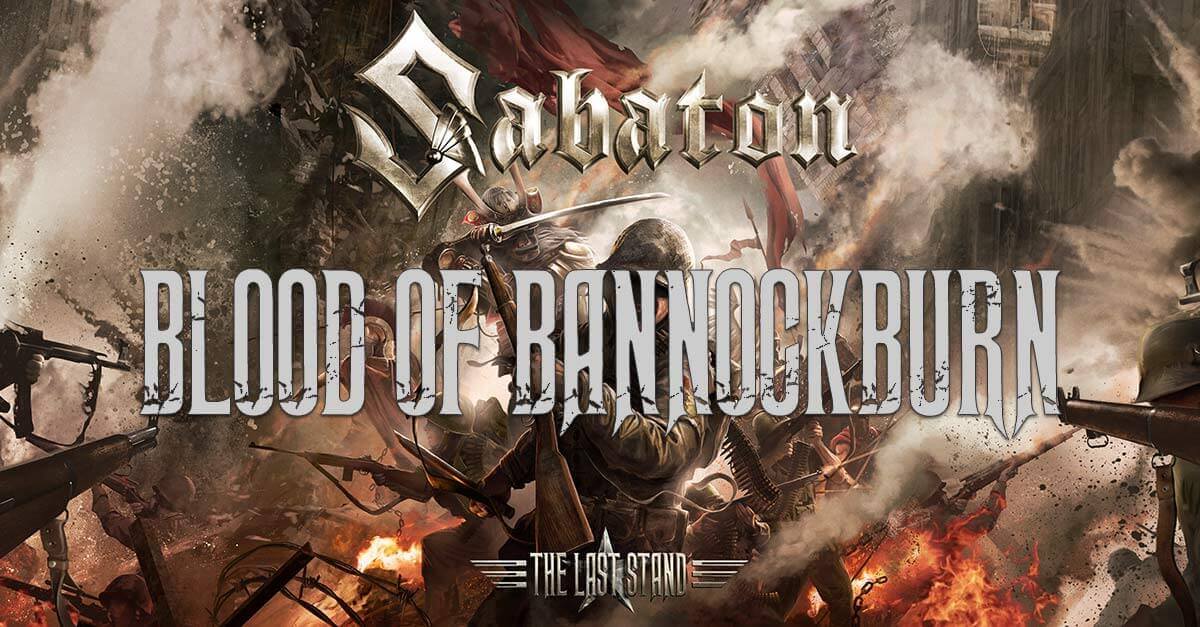 Here is the second single from our new album THE LAST STAND!
Hammon organ, Bagpipes, and the first Sabaton song in major key.

Our new album is really something to look forward to!

The story behind the lyrics:
1314, nine years after the execution of William Wallace, the Scottish laid siege upon Stirling Castle and an agreement was made that if it had not been relieved by mid-summer the English would surrender the castle to the Scottish. The English could of course not ignore that challenge, and sent a formidable force north towards Stirling to break the siege and relieve the troops inside. In the end Robert the Bruce and the Scottish defeated the English under Edward II’s command with a force half the size and not nearly as well equipped of what the English had at their disposal.

More on “The Last Stand”: