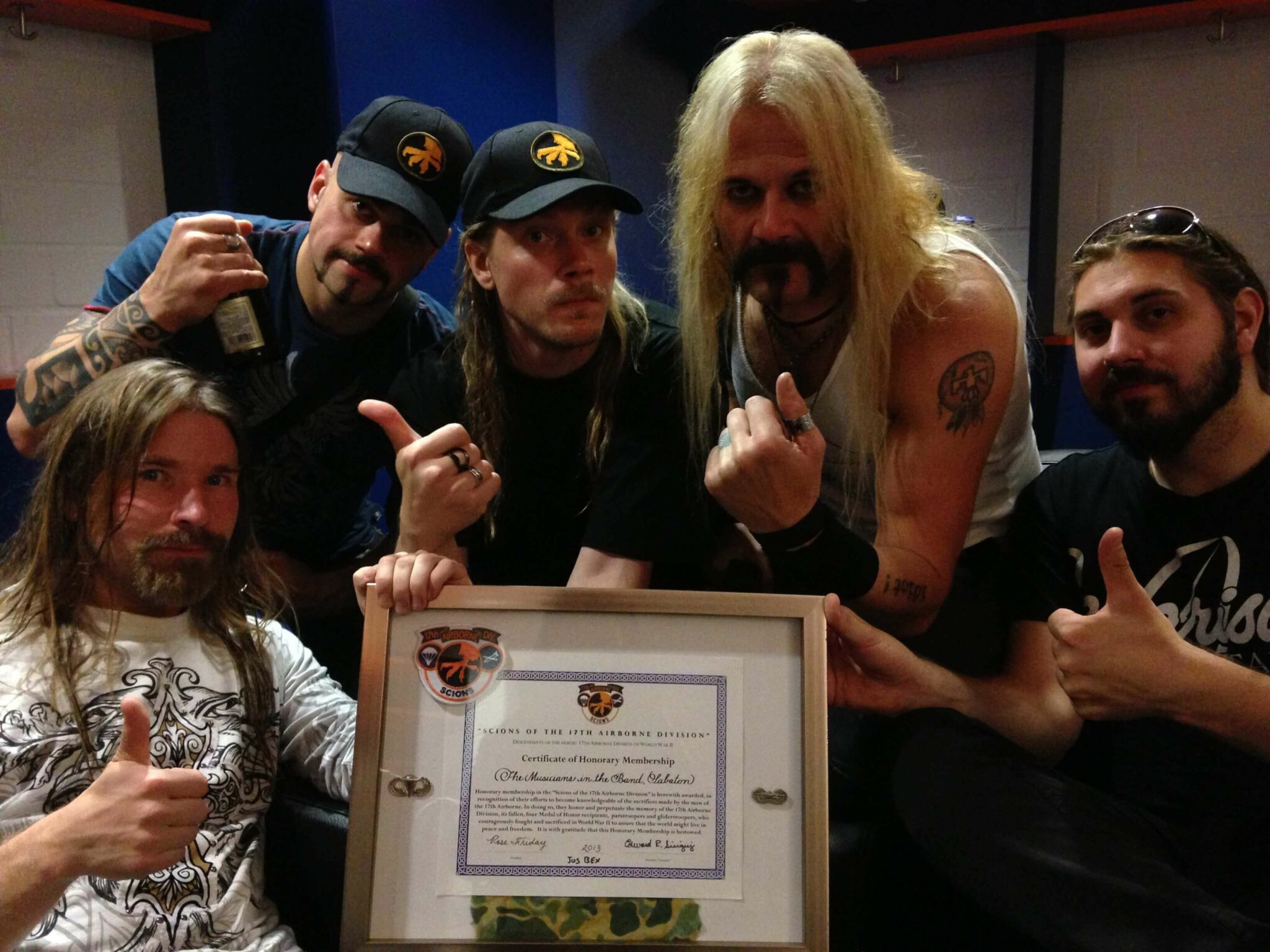 We have been reached by the news that some organizations and political representatives who claims to have studied us has come to the conclusion that Sabaton are a nazi band, and because of that our scheduled appearance at the 70:th anniversary of the battle of Stalingrad should be cancelled.
This show is to take place in a few weeks in Volgograd.

Further, these people believe that we will desecrate the Russian flag during our concert (which we have never done and of course have no intention of doing) and they are now trying their best to ban Sabaton from all of Russia!!!

We know that the people of Russia is far more intelligent than this and thus we hope that reason will allow us to play this concert in honour of this historical event and the Sovjet soldiers who fought for their freedom.

Sabaton is and has always been a NON-POLITICAL and NON-RELIGIOUS band and holds a lot of respect to the veterans of war and the heroic and non-selfish acts that was performed in a time of need.

Ps. It should be noted that Sabaton has been awarded honorary membership of the “Scions of the 17:th Airborne Division”, an organization that consists of veterans from the very same airborne division who fought against the nazis in “The battle of the Bulge” and “Operation Varsity”.