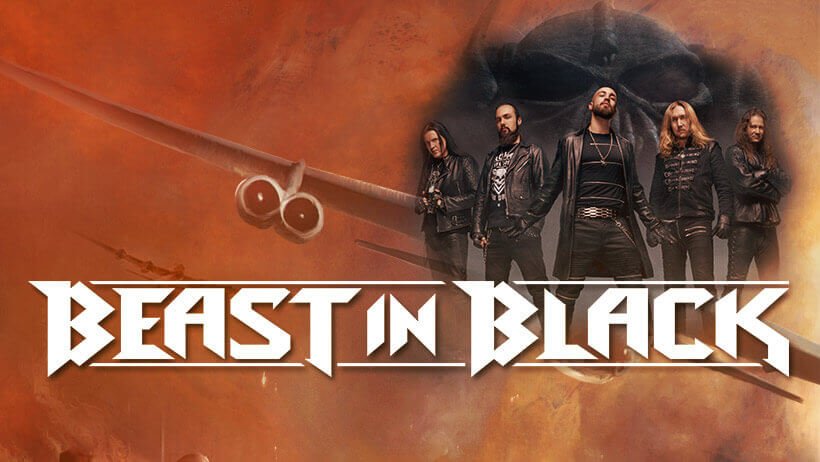 When we heard their single “Blind & Frozen” for the very first time, we arranged a pre-listening of the full album “Berserker” and it became crystal clear that we just had to book them for the 2018 issue of Sabaton Open Air!

-We just loved it!

And what do media think about their upcoming album “Berserker”?

More on BEAST IN BLACK

By the end of 2015 the band had already played their first gig as an opener for NIGHTWISH without even having their debut album out yet. The making of the album was in progress and it was completed in the summer of 2017.

A record deal was made with NUCLEAR BLAST almost immediately after the completion of the album. The debut album titled “BERSERKER” is set to be released in November 2017 and it continues in the style of Anton’s previously composed works which include the first three Battle Beast albums.

And let it be mentioned that one of the essential themes on this debut is a Japanese manga and anime “BERSERK”.

The album cover art deserves a special mention as well, since it marks the return of the collaboration between Anton and Roman Ismailov who was the original illustrator and graphic artist for Battle Beast.

The time is drawing near. The newborn Beast is back with a vengeance, rising from the abyss with fortitude to spew its unrivaled heavy metal fury all over the world!

The Beast is back, the Beast In Black!