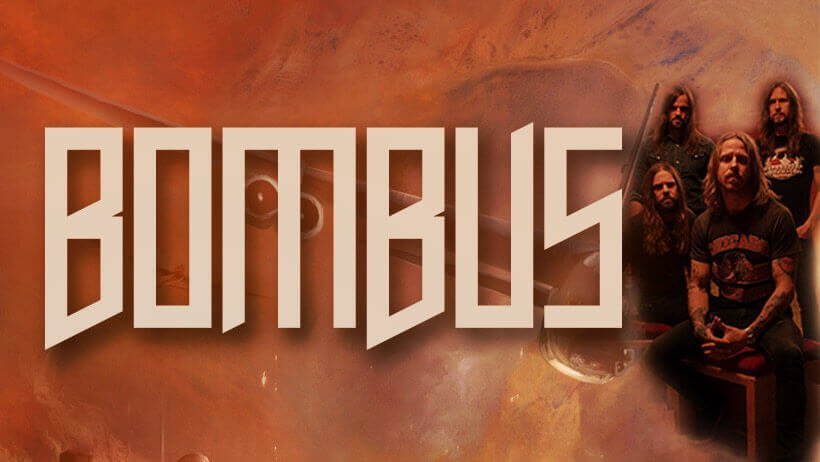 Bombus were formed in Gothenburg in around 2008 as a two piece and in 2009 they expanded to a four piece. Shortly afterwards they released their eponymous debut album. Bombus toured extensively through Scandinavia and Europe and in 2013 released their second album, “The Poet And The Parrot”.

It’s hard to describe Bombus’ sound because there really is nothing like it. Yes, of course Bombus are a metal band in the finest traditions of Scandinavian metal bands.

There is a huge energy on stage and off as Bombus and the head-banging crowd fuse as one. The driving guitar rhythms and ‘pumping eights’ send hair flying all over the place. Explosive drum rolls and thumping bass lines sends hearts racing as everyone in the tent loses themselves in the moment the torrential rain outside seems another world away. This is heavy rock at its finest. You can hear elements of early Black Sabbath, a touch of Motörhead, and maybe even a little early Metallica. Somehow it all comes together to create a sound that is uniquely Scandinavian rock.

Perhaps a little unusually Bombus utilize the vocals of both Feffe and Matte. Their well-synchronized roaring adds depth to the vocals, it’s something they developed after discovering that they sounded similar when they sang. It works brilliantly and helps to create a sound that is unique to Bombus.

As you would expect from a metal band the guitar work is never less than exemplary and the rhythm section drive things along at a great pace. The songs are beautifully structured and the whole set hangs together really well. There is no letup in the frenetic pace through the set and you can both hear and feel the little embellishments that come from playing material, that after two years of hectic touring, come as second nature to the band.

Bombus are a superb band and a fantastic live act.

They are certainly deserving of your attention. Grab a copy of their albums and go see them here in Falun, you won’t regret it.