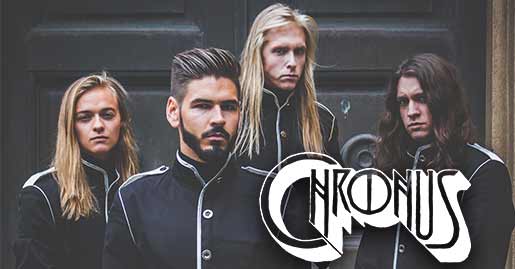 Chronus is a Swedish heavy rock/metal band. Delivering a persuading live performance with a myriad of hit melodies, dark melancholic parts and intense upbeat riffs.
Chronus is a four piece, formed in 2012 and based in Helsingborg, Sweden.
Recently released the first single “Avarice” off the new self-titled album, recorded at HH-Studios (HandsomeHard Music).