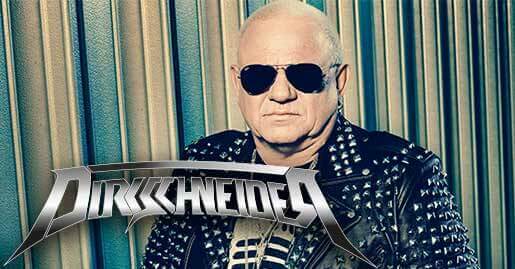 The former Accept singer and heavy metal icon Udo Dirkschneider tours with his self-named band Dirkschneider and performs only classic Accept hit songs nowadays. And this show is just magnificent!

They have just completed a tour in Sweden with sold out shows both in Borlänge and Örebro, and we are sure that every single one that saw them went home with a big smile on their faces!
This is a hard & heavy trip back memory lane! For die hard Accept fans, this is religion.

We have actually had Udo Dirkschneider in Falun before making a guest appearance with Sabaton. That was back in 2011, and now he will be back for a full show on the 10:th anniversary of Sabaton Open Air!

-Balls to the wall!