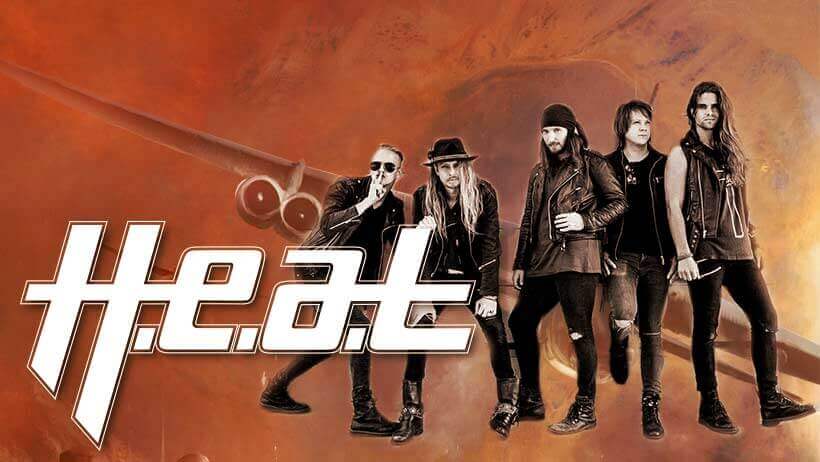 H.E.A.T is a Swedish hard rock group that was formed in Upplands Väsby in 2007, when the prior bands Dream and Trading Fate merged. Headed by frontman Erik Grönwall, the band’s heavy sound is strongly influenced by past melodic rock groups such as Whitesnake, with H.E.A.T having supported musical acts such as Scorpions.

Between autumn 2015 to summer 2017 the group focused entirely on writing and recording songs. Their latest album, Into the Great Unknown, was released in September 2017 via earMUSIC.

Dave Ling from Classic Rock Magazine published the following quote in his review of Into the Great Unknown; ”H.e.a.t. have just made the most complete album of their career. Watch their rise continue.”

We had H.E.A.T in Falun for the second festival back in 2009 and have felt for many years that they really should return. And finally we were able to welcome them back for the 2018 issue!