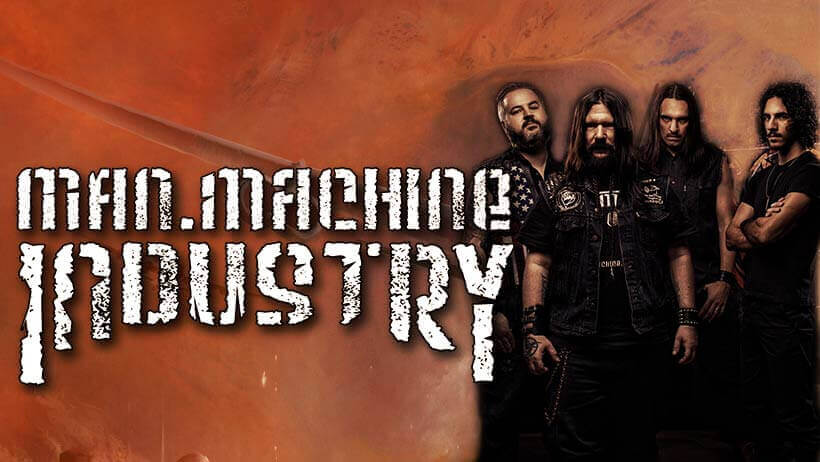 MAN.MACHINE.INDUSTRY is the solo project of producer J. “J.B” Bergman who has a history as the drummer in SLAPDASH (Nuclear Blast/MNW) and ROSICRUCIAN (Black Marc Prod).

After playing Sweden Rock Festival in 2009 MMI signed a deal with GMR Music and released their second album “White Trash Devil In a Jesus Christ Pose” in 2010. The album got great response and the band went on the road playing with bands such as Dr: Midnight & The Mercy Cult, Sonic Syndicate, Deathstars, Corroded, Raubtier, Engel, Sparzanza among others.The band also climbed as high as number ONE on the My Space top chart of Swedish bands and held the position for one week and held top 50 for a whole month.

In April 2012 J.B and his machine released the critically acclaimed album “Lean Back, Relax and Watch The World Burn” getting the best response possible by both fans and media world wide. When 2012 was over the album came at 7:th place on rock journalist Erik Sandberg´s chart in his “Best of 2012 chart” in Sweden’s second bigest rock magazine Close-Up Magazine. The radio show Klasycy Rocka in Poland rated MMI one of the best albums that year along with Green Day and Colplay and others.

The album also claimed 5:th place on Rocknytt.net (over 60 000 followers) at review writer Sven Möréns top chart of the year. An offer to open up for Devin Townsend Project and Fear Factory was made by Live Nation but was sadly missed due to unforeseen circumstances . But other offers was made reality such as Sabaton Open Air, co-headlining at Rockbitch Boat (40h metal cruise) and in 2014 a support tour of five weeks through sold out houses in Sweden with Raubtier which was a total success.

… and now they are back in Falun for the 2018 issue of the festival!