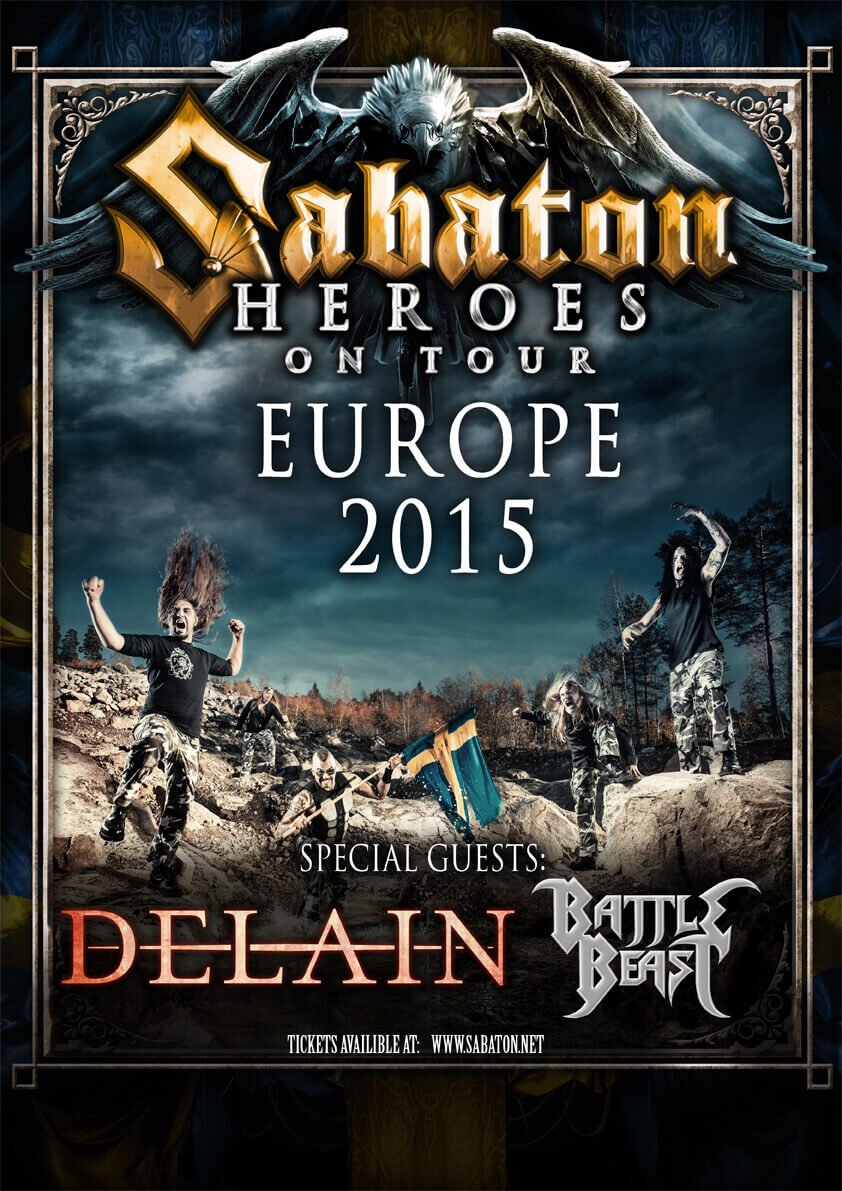 We are happy to announce that the support bands on our European tour in 2015 will be Dutch band Delain and Finnish Battle Beast.

We had the pleasure to host Delain at our festival Sabaton Open Air in 2013, and we were not the only ones who was really impressed by their stage presence and amazing music! Delain was nothing less than a huge success.

Battle Beast released one of the best albums of 2013, and it was so great that we decided from Sabaton that we wanted to make a cover of one of their tracks. Out of Control.

The dates for this tour are as follows and tickets are out now and available here.

Announcing North America Tour with Judas Priest
BIGGER, BETTER AND MORE METAL THAN EVER! We are...Read More>>
Scroll Up