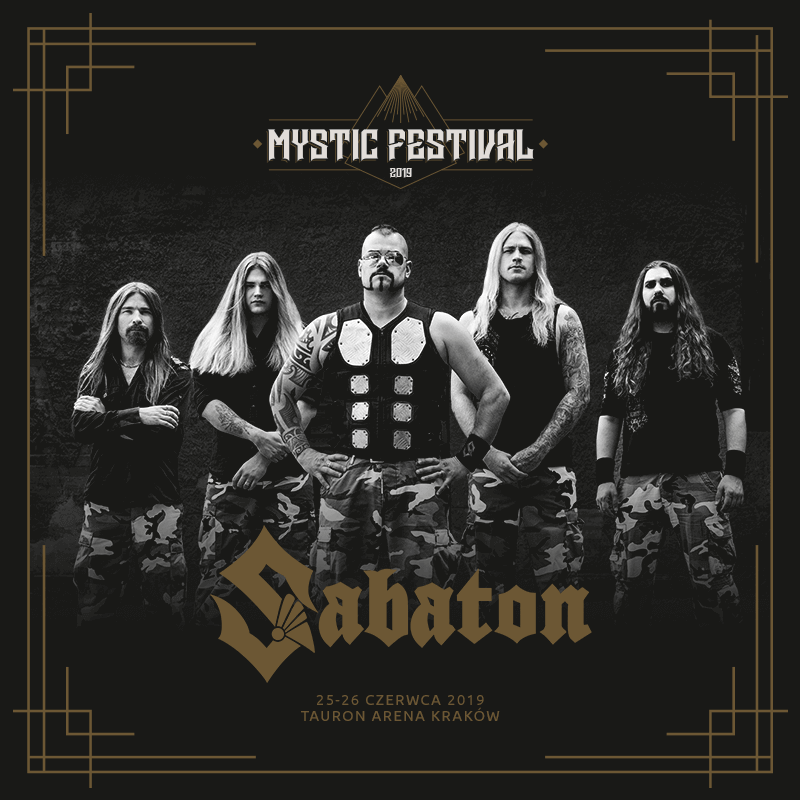 Sabaton will be leading the triumphant return next Summer of a Polish metal festival that has lain dormant for 13 years.

Mystic Festival in Krakow was officially retired in 2006, but will be back with a bang on 25-26 June 2019 when Sabaton headlines its comeback event, alongside the mighty Slipknot.

To make this already once-in-a-lifetime event extra special, Sabaton is making it a Polish exclusive – meaning this is the only show the band will play in Poland in 2019.

Sabaton has strong ties with the country and bandmembers were even awarded honorary citizenship for their work highlighting the brave deeds of Poles during World War II.

Frontman Joakim Brodén said: “It’s a great day for music when you hear that a country’s metal scene is strong enough to bring back a major festival.

“And it’s even better when that country is Poland – a place that’s always welcomed Sabaton with open arms. So when we were asked if we would headline, of course it was a yes.

“How many festivals come out of retirement after 13 years? I think the odds of being able to be involved in something like this are much more than 40:1!”