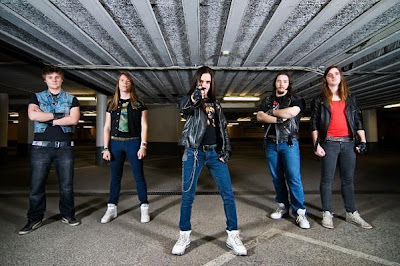 We have already confirmed Alestorm to join us on the World War tour.
Now we are really happy to announce that Swedish metallers Steelwing who just released their debut album “Lord of the Wasteland” will be the opening act.

The band is also confirmed to tour with Blind Guardian in the autumn and will be opening on the second part of the Sabaton European tour.

This is definitivly a band to keep your eyes on.

The opening band for the first part will be announced shortly.