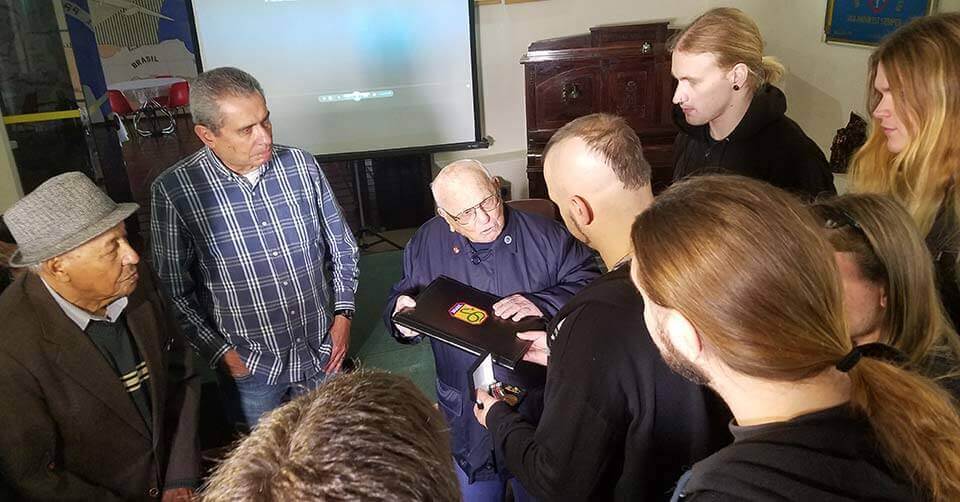 While in Curitiba, Sabaton were invited to visit the Expeditionary Museum, which honours the memory and sacrifices of the Brazilian Expeditionary Legion, who for 18 months trained and battled alongside the Allied forces during WWII.

Unknown to the band, our friends in the Museum (mostly descendants of the veterans themselves) had prepared an incredible surprise for Sabaton: an intimate ceremony during which the band was awarded the “Tenente Max Wolff Filho” medal (for bringing to life the story of these heroes on the now classic song “Smoking Snakes”), an extraordinary distinction that had previously only been awarded to two foreigners, both ex-combatants – an Italian partizan and a Russian veteran – now residing in Brazil.

That makes Sabaton the first non-military foreigners to be bestowed such an honour, and we’re pretty sure the first Heavy Metal band ever to receive such a special gift!

To make matters even more humbling, the medal and corresponding diploma were handed to the band by none other than two surviving “Smoking Snakes” veterans themselves!