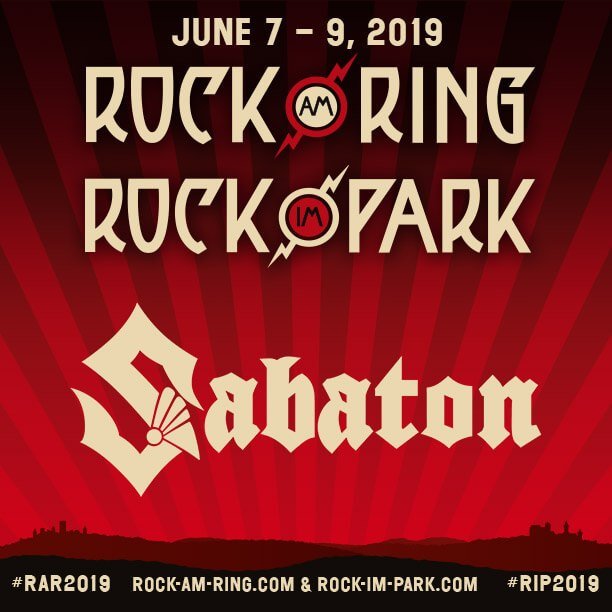 Germany’s twin festivals Rock am Ring and Rock im Park will play host to Sabaton for the very first time next summer.

Together, the two simultaneous festivals – held at the world-famous Nürburgring race track and Nuremberg’s Zeppelinfeld – make up one of the best known events in the rock music calendar.

Attracting up to 160,000 people each day, the three-day event has hosted iconic names such as Black Sabbath, Metallica and Red Hot Chilli Peppers. In 2019 Sabaton will headline the festival’s “Crater” stage, playing at both venues.

Frontman Joakim Brodén said: “We have played a lot of festivals around Europe but somehow we have not yet been to the famous Rock am Ring – until now!

“This festival may have existed since 1985, but in all that time we don’t think they’ve seen anything quite like a Sabaton show… We’re looking forward to showing all the music fans at Rock am Ring and Rock im Park just how much fun a heavy metal show can be.”