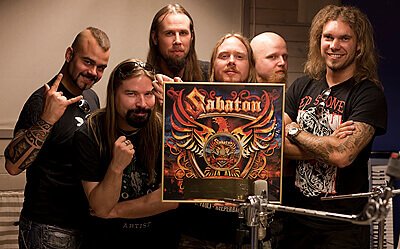 We were totally overwhelmed when we got the news of the Gold Album Award in Poland and with the insane amounts of requests asking us to return to Poland we could not say no. There has been some rumors but now we can officially confirm it!

Sabaton is coming to Poland for 3 final dates of the “World War Tour”.

We will start the tour in Gdansk in honor of the battle of the Westerplatte on the 1st of September.

Last time we planned to play in Wroclaw it was cancelled due to a flood, ever since we have tried to find a opportunity to return and here we come. The tour will end in Warsaw, in memory of the Uprising.

Last tour was completely sold out in Poland, do not miss this.