This video has a fun story.

It was on Sweden Rock Festival in 2008 we first saw that this guy called “CrusadeNR” made a fan-video of the song 40:1, who were just released. We sat in the tour bus and watched the view counts rising by hundreds for each time we updated the page, and suddenly it rised by thousands and thousands for each update.

We wondered what the heck was going on, and found out shortly that the video gone viral in Poland and that we reached out to many more people than we have ever expected!

The rest is history.

CrusadeNR’s fan video for 40:1 was for sure the starting point of our success in Poland! 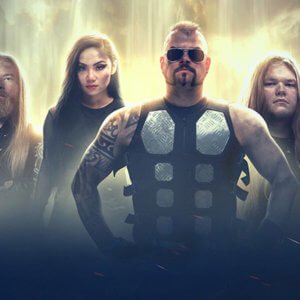 Announcing new Music Video ‘Steel Commanders’!
We are thrilled to present you our new music video...Read More>>
Scroll Up