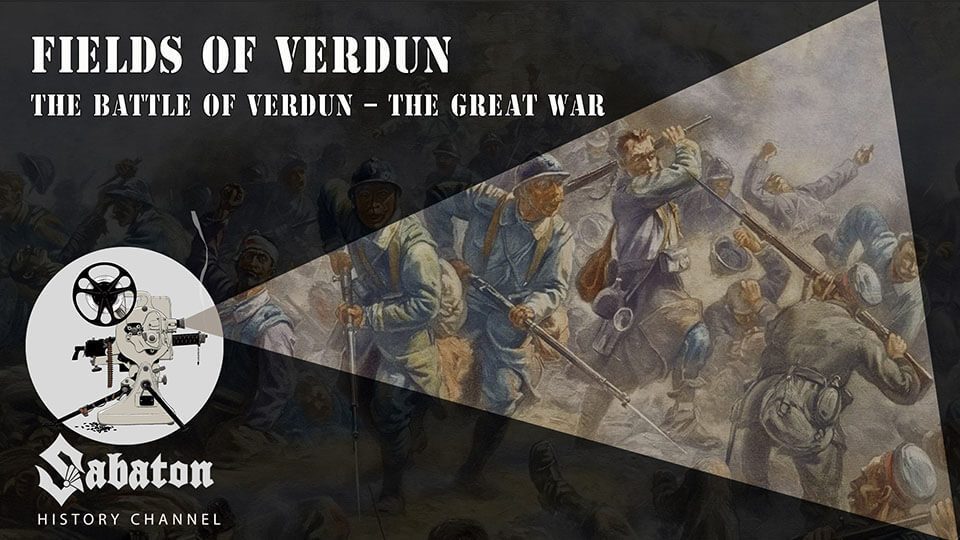 One of the bloodiest battles in the history of humankind was fought out on the hills in Northern France. Verdun was a tactical and symbolical city with great value to France. In 1916, the German army launched a massive attack, accompanied by a tremendous artillery bombardment, upon which the French defenders put their foot down, stating that ‘on ne passe pas!’, they shall not pass. Check out the trailer for Sabaton’s new album ‘The Great War’ on which ‘Fields of Verdun’ will be featured right here! Support Sabaton History on Patreon (and possibly get a special edition of ‘The Great War) here! Watch more videos on the Sabaton YouTube channel! Listen to Sabaton on Spotify! Official Sabaton Merchandise Shop!