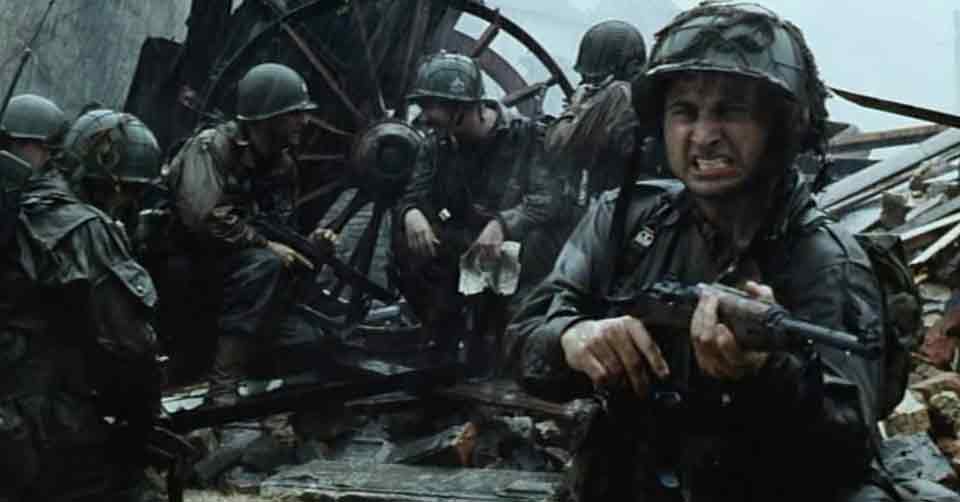 This legendary Saving Private Ryan video was made by Peter Johansson, a young and dedicated Swedish fan who we have a lot to thank for the spread of our 2005 song Primo Victoria on Youtube.

Unfortunately Peter is not with us any longer. :/

Not only in the early days, but still, this Saving Private Ryan video is seen and shared all over the web, and for many people it’s their first ever contact to our music, even though the song is old by now.

With a mind blowing number of over 24 000 000 views (and rising), this is by far the most successful fan made video of our songs, ever.

Hopefully a lot of people watched the great film too due to this video!

Many thanks Peter, and rest in peace brother!

Opening with the Allied invasion of Normandy on 6 June 1944, members of the 2nd Ranger Battalion under Cpt. Miller fight ashore to secure a beachhead. Amidst the fighting, two brothers are killed in action. Earlier in New Guinea, a third brother is KIA. Their mother, Mrs. Ryan, is to receive all three of the grave telegrams on the same day. The United States Army Chief of Staff, George C. Marshall, is given an opportunity to alleviate some of her grief when he learns of a fourth brother, Private James Ryan, and decides to send out 8 men (Cpt. Miller and select members from 2nd Rangers) to find him and bring him back home to his mother…

Primo Victoria is about Operation Overlord, the code name for the Battle of Normandy by allied forces commenced 6th June, 1944. Allied infantry and armored divisions began landing on the coast of France at 06:30 and did not cease until 22:00….

Lyrics and full historic facts for Primo Victoria can be found here.