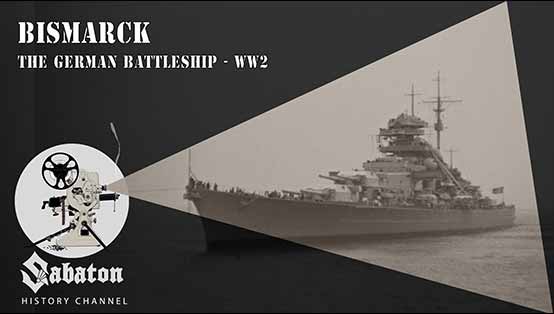 Despite restrictions that were put on the German navy after the Treaty of Versailles, the Kriegsmarine rebuilt in the 1930s with one goal: to be bigger and better than ever. Two powerful Bismarck-class battleships formed the pinnacle of the German naval warship production. When the British caught wind that the Bismarck was out in the open in May 1941, they in turn formulated a goal of their own: to take it down for once and for all. The Sabaton song ‘Bismarck’ sings about the chase, the battle in the Atlantic and consequent fate of the Bismarck.