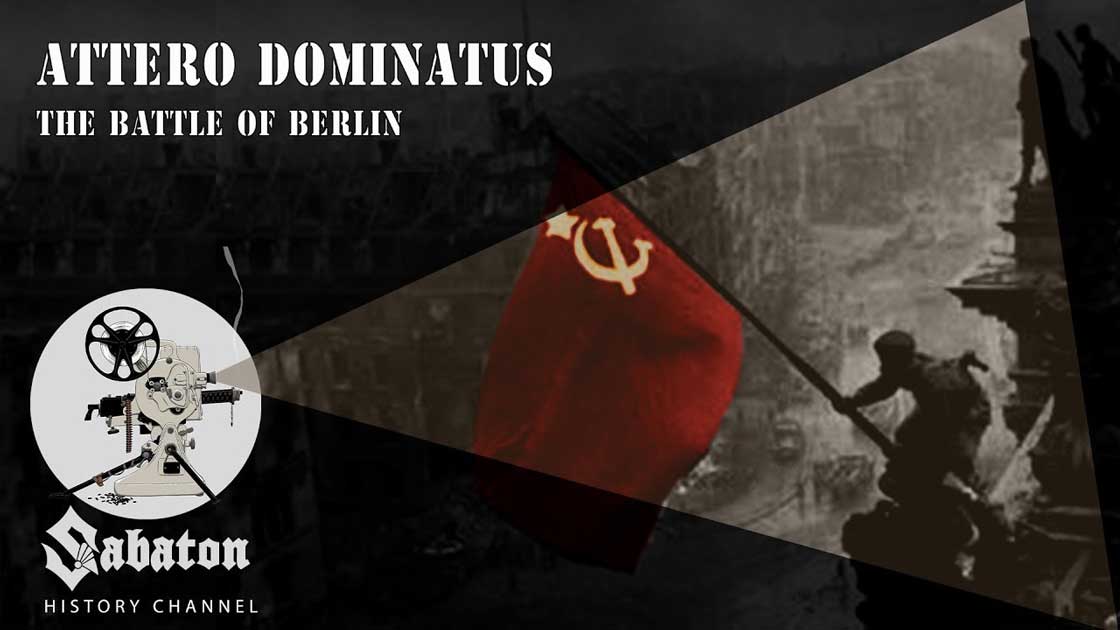 The Sabaton Song Attero Dominatus is about the Soviet advance on Berlin in the last months of World War Two. As the Soviets approach Berlin, two commanders, General Zhukov and General Konev, try their best to be the ones to take the centre of the German capital. Meanwhile, thousands of Germans are raped or murdered by the Soviets in retaliation to the atrocities that the Germans committed in the east.