Wargaming and World of Tanks​

In June 2017, Sabaton announced a groundbreaking new alliance between the worlds of metal and gaming, teaming up with leading global developers Wargaming.

Wargaming’s titles include three of the world’s most popular MMOs (massively multiplayer online games): World of Tanks, World of Warships and World of Warplanes. In these games, players take command of realistic vehicles to wage war in detailed interactive landscapes.

With more than 100 million players worldwide, what makes these games so popular is their accuracy, staying true to the specifications of the historical tanks, planes and ships that they feature – something that rings true with Sabaton, who spend as much time researching their songs as they do writing them. 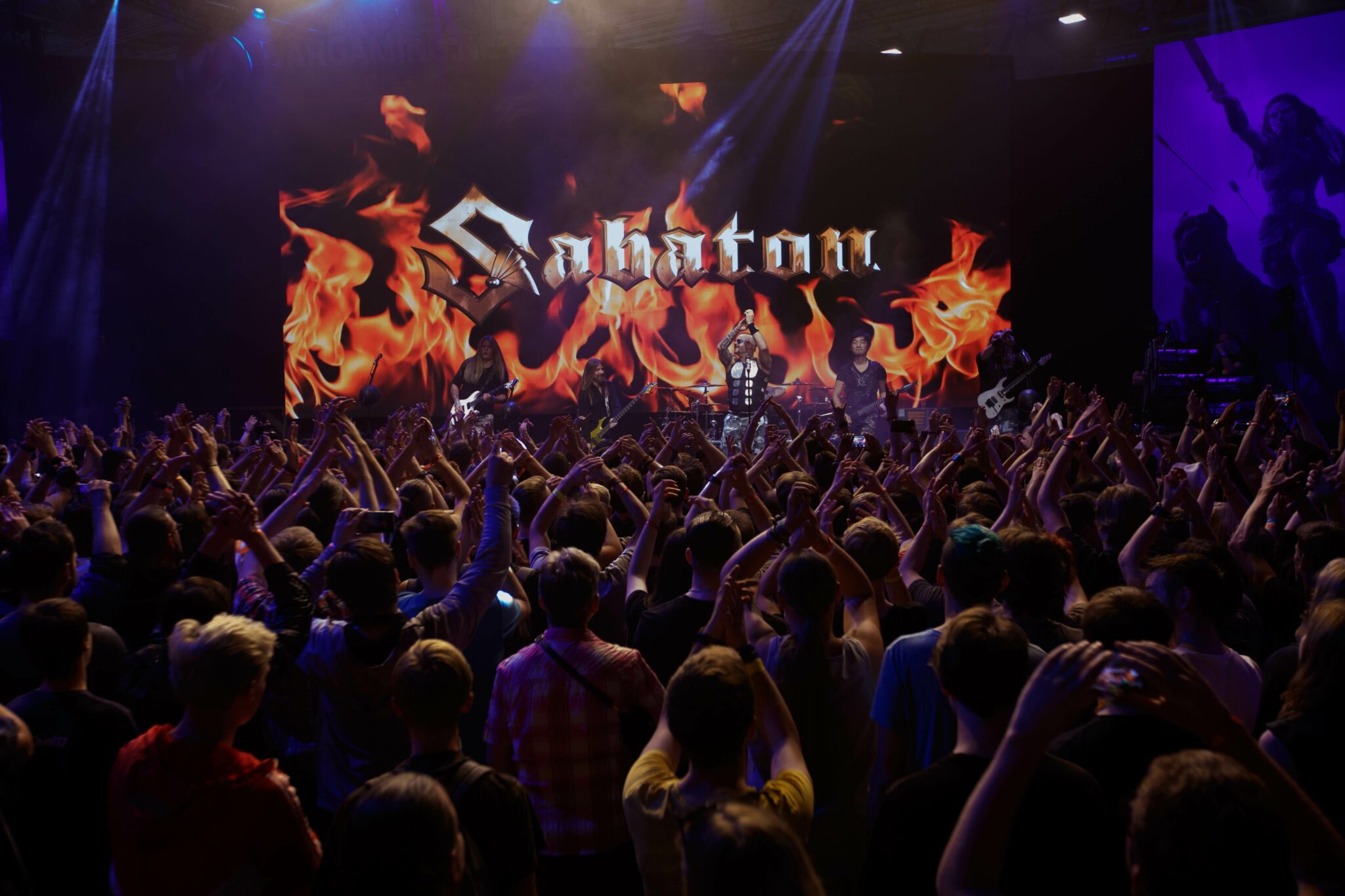 Sabaton joined Wargaming event Gamescom 2017, where they performed for gamers from around the world.

For the Wargaming team, it was easy to see that many of their international players are also Sabaton fans, and that Sabaton and Wargaming would be a powerful alliance. Anyone who has seen Sabaton’s full stage show will know that the title their involvement began with – World of Tanks – was the obvious choice.

Speaking at the partnership launch, World of Tanks marketing manager Maxim Chuvalov said: “Our players’ interests don’t stop at gaming — their talents go far beyond. With this collaboration, we wanted to celebrate the musical talent from our community because it’s an extremely important part of the in-game experience.

“This was our chance to share the music in and around our games with the global gaming communities and help inspire them even more.”

Avid players of the game themselves, Sabaton were immortalised as the crew of their very own Primo Victoria tank, a limited-edition Swedish Centurion tank that could be purchased and played in the game. Since August 2018, players can also decorate any in-game tank of their choice with Sabaton emblems and inscriptions.

The collaboration has also included Sabaton performances at key Wargaming events, and the company supporting the band to create high-production official music videos for their fans – most notably Primo Victoria, which was released on the anniversary of the D-Day landings in 2018.

As the Sabaton/Wargaming alliance continues, there are many more projects planned – all so that the combination of metal and gaming can continue to excite and inspire gamers who are fans of war history, tanks… or simply having a great soundtrack to blow stuff up to.