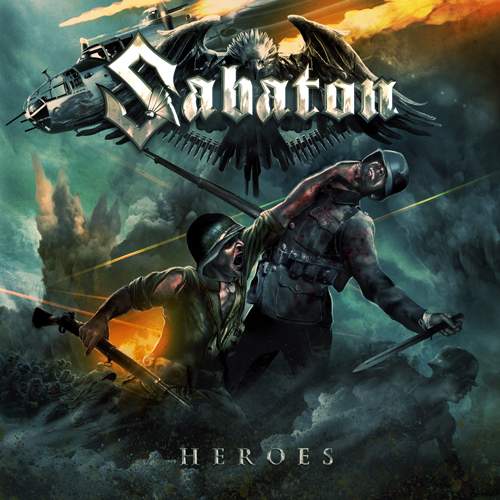 See the Reich in flames
Try to save Berlin in vain
It’s a road through death and pain
On the other shore, there’s the end of the war

Who could ever have believed,
Seems like nothing’s been achieved
Just to walk a day, go all the way, the fronts are closing in
As the end is drawing near, the 12th army interfere
Open up a route, get people out, its forces spread out thin

It’s the end of the war
Hold the corridor!
Reach for Elbe’s shore

It’s the end, the war has been lost
Keeping them safe ’til the river’s been crossed
Nicht ein schlacht, ein rettungsaktion
Holding their ground ’til the final platoon
“Hurry up, we’re waiting for you”
Men of the 9th, and civilians too
Dispossessed, surrendering to the west

Who’ll survive and who will die?
Up to kriegsglück to decide
Those who made it cross, without a loss, have reason to reflect
It is not about Berlin, it is not about the Reich,
It’s about the men, who fought for them, what peace can they expect?

See the city burn on the other side
Going down in flames as two worlds collide
Who can now look back with a sense of pride?
On the other shore, there’s the end of the war

Watch the lyric video for ‘Hearts Of Iron’ below.

Music:Brodén
Lyrics:Brodén / Sundström
Historic Fact
Instead of attempting to defeat the invading Soviet forces during the Battle of Berlin, German general of the 12th Army, Walther Wenck, used his army to create an escape corridor out of Berlin.

Find out more about the end of The Battle of Berlin.