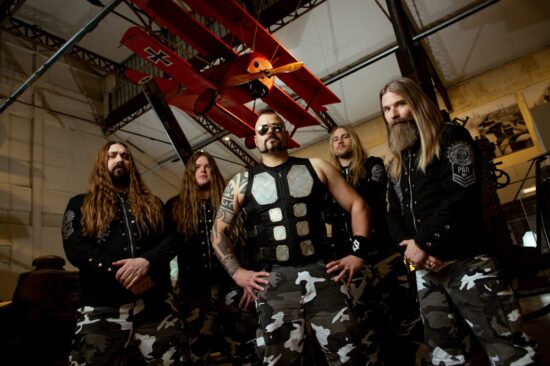 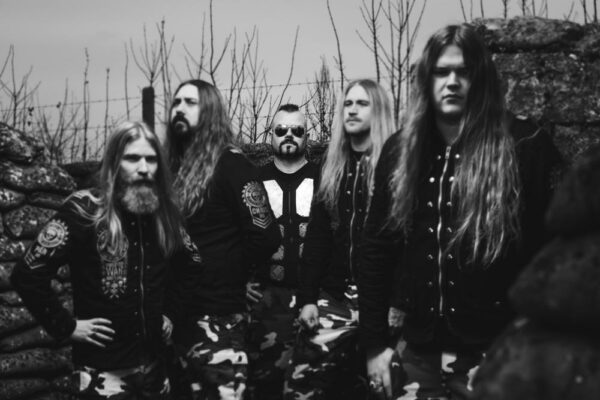 If you’re a die-hard Sabaton fan, this dedicated ‘FACTS’ section will definitely appeal to you. Jump into the realm of all things Sabaton and brush up on your knowledge. Anything you want and need to know about the band is here! 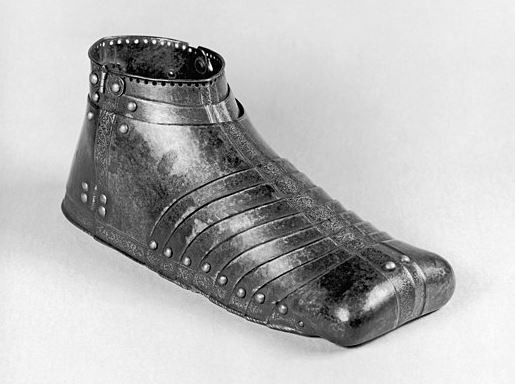 A ‘sabaton’, also known as a ‘solleret’, is a flexible steel foot covering in a medieval suit of armour. The sabaton was first seen from the mid-14th century onward when the concept of plate armour began. This armour was not typically used by foot soldiers or for ground combat as it could hinder movement, but was preferred by mounted soldiers (cavalry). We chose this name for our band because we felt it was simple, it related to our song topics and it evoked curiosity among people.

Our logo is the perfect mix between the Sabaton S and a real sabaton. The top of the S includes a sabaton shoe tip, while the middle part of it represents the metal reinforcement of a foot covering. The original colour of the Sabaton logo was gold, which was a very popular colour among power metal bands when we first began our musical journey. Nowadays, it adapts to the rhythm of our music and transforms depending on our releases. 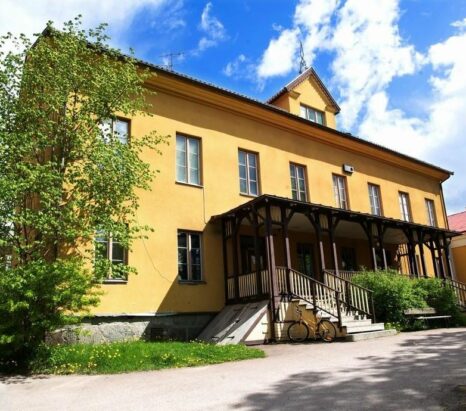 Every successful band usually thinks big but starts small, and Sabaton is no different! Our very first rehearsal space was in an old school building in Falun called Valhalla. It’s highly probable that the academic ambience of the school rubbed off on us because some time later, we began writing songs about our biggest passion – history! As we continued to progress as a band, we moved into a proper rehearsal room.

We proudly hail from Falun, the capital of Dalarna County, which is located in the centre of Sweden. Falun has 56.000 inhabitants and a river that divides the city in two parts. It is known for its classical pedestrian streets with small shops and has previously been recognised for its charming city centre, which was crowned “The city center of the year”. It is also known for Falu Gruva (Falun Mine), which was listed as a UNESCO World Heritage Site in 2001 and has been transformed into a museum. Falun is also home to the National Ski Stadium, where the Ski World Championship has taken place and most importantly, where the Sabaton Open Air festival has taken place since 2010. 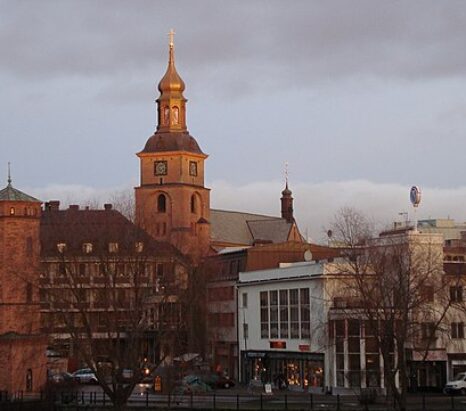 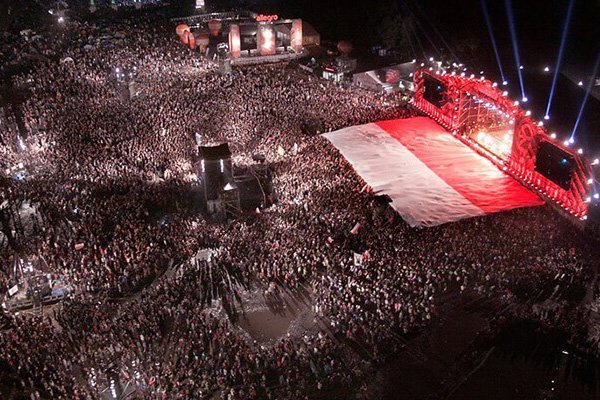 Our largest concert to date was Poland’s Woodstock Festival back in 2012, which we headlined. It was estimated that around half a million excited spectators attended the event – an incredible figure when you think about it – and we still can’t believe that actually happened. We will never forget the experience, and to make sure of that, we released our Swedish Empire Live DVD, as well as our Swedish Empire (Live) record, both filmed and recorded at the event.

We are very proud of this. Our album, Carolus Rex, which was released into the world of music in 2012, was certified quadruple platinum in Sweden. Carolus Rex is a concept album written about Sweden’s 17th and 18th century empire. It specifically focuses on the rise and fall of the controversial Charles XII and was released in both English and Swedish. 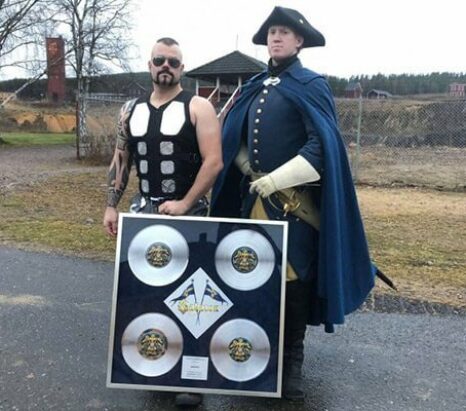 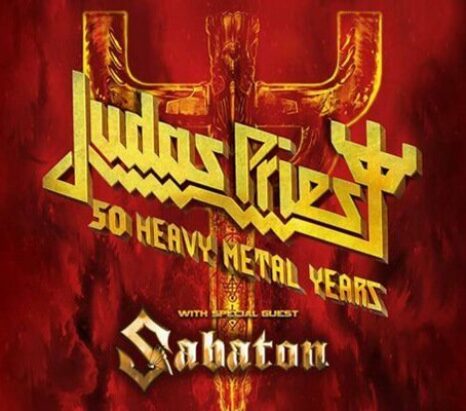 We were super psyched about our 2021 US tour with the greats, Judas Priest, but unfortunately, Richie Faulkner’s aorta ruptured mid show – this didn’t stop him shredding though. He was hospitalised and had to undergo life-saving surgery. The tour could not proceed and there was no choice but to abort the mission. We were beyond heartbroken, but completely understood the situation. Health comes first!

One of the best experiences we’ve ever had was Wacken Open Air 2019 – our 20th anniversary show. It started with a bang and ended with a bang! We headlined both of the main stages of the festival concurrently and brought our old band members on stage for an unforgettable and unprecedented show. Setting the atmosphere was a +30 piece choir as well as Tina Guo. 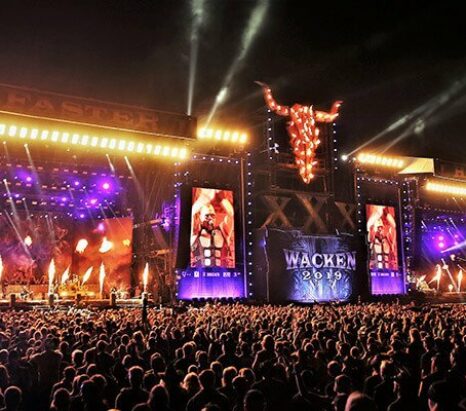 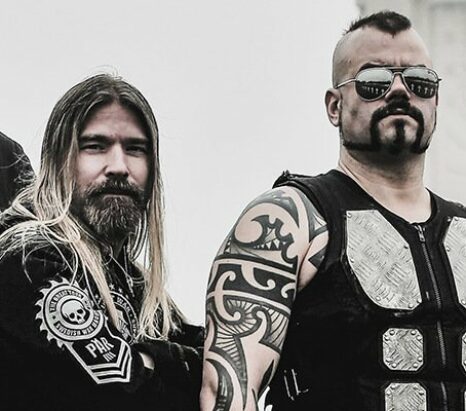 Did you know that before Sabaton was known as “Sabaton”, we were known as “Aeon”. This band featured original members of Sabaton, including our bassist Pär and our frontman Joakim. They played their very first show under this name on December 12, 1999, and later renamed the band in 2000.

When the adrenaline sets in and we’re about to tear up the stage, we have a ritual that we have to complete before a show. A simple fist bump. This includes the band, the Sabaton team and anyone else in the vicinity. If we don’t do this, we feel that something is off. Are we superstitious? Maybe a bit! 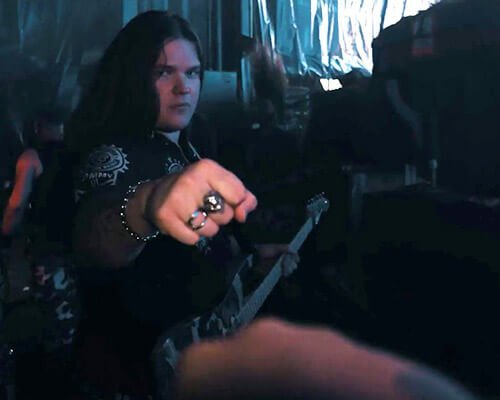