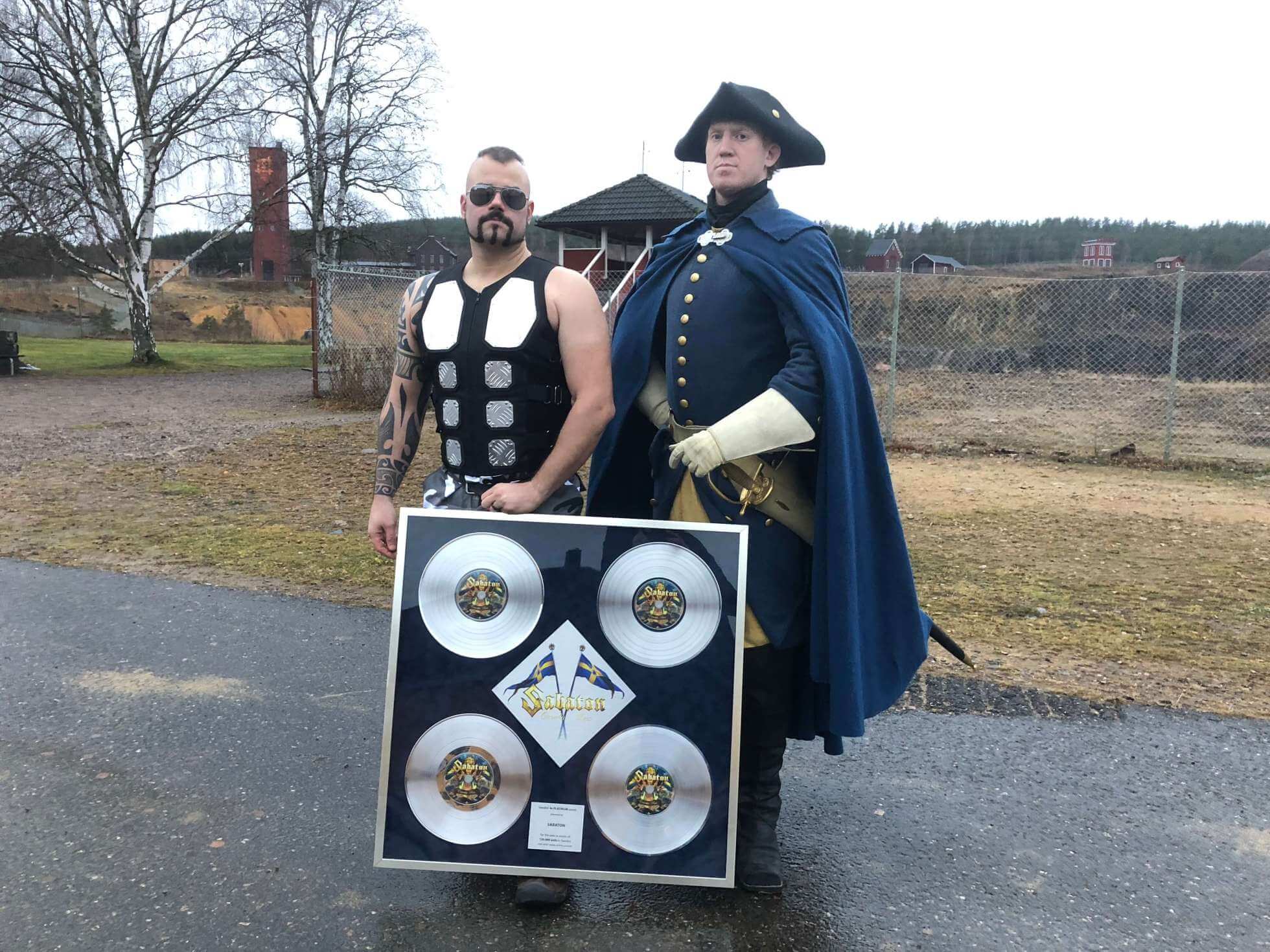 King Charles XII of Sweden has returned to his kingdom after 300 years to congratulate Sabaton on the success of their album that bears his name.

Carolus Rex (2012) has been certified quadruple platinum in the band’s home country of Sweden, and in an exclusive new video the king is seen travelling across epic Swedish landscapes to deliver the platinum discs into the hands of frontman Joakim Brodén.

The video was produced to mark the incredible coincidence of the album officially reaching quadruple platinum status on the 300th anniversary of the King’s death.

Carolus Rex is a concept album about Sweden’s 17th and 18th century empire, with a special focus on the rise and fall of Charles XII, the tragic king who devoted his whole life to war but could not prevent his empire’s downfall.

After receiving the official discs from the king, Joakim said: “We put a lot of ourselves into making every album unique, and we had an idea that this album would particularly speak to Swedish people because it’s telling a story that’s rarely heard outside of Sweden.

“This album has been very successful but we’re not stopping here. Our next challenge as a band is to come up with an album that tells a story that’s as important to music fans everywhere as Carolus Rex has been to those in Sweden.”

To celebrate the album’s success, a special “platinum” collectors’ edition of Carolus Rex was released on 30 November, and is available via the band’s label Nuclear Blast.

Sabaton has planned a series of treats for social media followers in the days and weeks following the release, including exclusive interviews on the genesis of the album and a chance to win a signed copy of the platinum edition.

A special edition 300th anniversary shirt and hoodie have also been released to mark the occasion, featuring brand new artwork of the king not seen anywhere else, and are available now in the webstore.