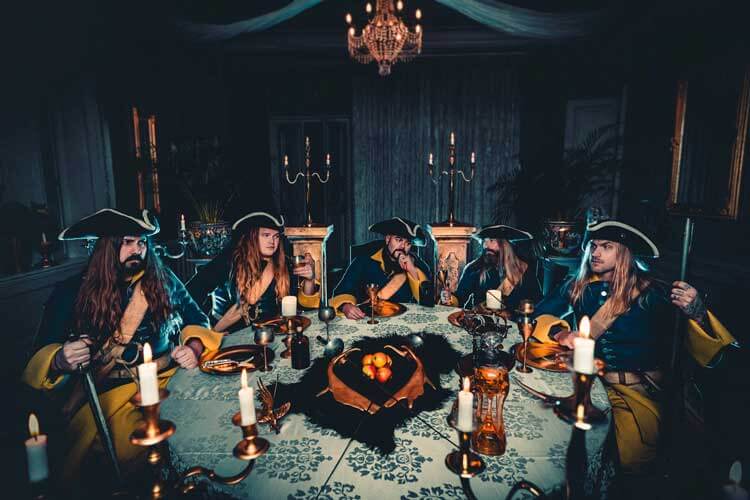 We are excited to announce that we have just entered a new partnership with NUCLEAR BLAST! We have now re-signed with our longtime label home for our new single and much more to come!

The Swedish-language song honors the Swedish Royal Guards first established in the year 1521.

“The excitement level at Nuclear Blast is of the highest proportion due to the fact that today, we announce and celebrate the extension of our relationship with one of the most successful metal bands in history, the mighty SABATON! Here’s to many more years of success and domination together!“

“It feels good to continue our collaboration with the world’s biggest heavy metal label, Nuclear Blast, we have been working with Nuclear Blast for more than a decade, and at the end of last year, we signed the contract for the upcoming releases, and we will continue to write metal history together.”

“Damn, it feels good to be singing in Swedish again!“

“Believe is ecstatic at the prospect of helping extend the relationship between the two top Metal entities, SABATON and Nuclear Blast Records, for years to come. We understand how important the two brands are, and there’s more than 100% full support and understanding of their leading markets. Here’s to many more years of continuous success!“

Nuclear Blast joined forces with Believe Digital, now majority shareholder, in October 2018. Believe offers expertise and experience as they develop record labels and artists at each stage of their respective careers, in every market around the world, with the core values of respect, fairness, and transparency. Nuclear Blast is the strongest name in hard-hitting extreme music, smashing through traditional barriers as it expands into uncharted areas other labels have yet to reach since its inception in 1987. The label’s roster boasts several metal genre standard-bearers: Rob Zombie, Slayer, Nightwish, Avantasia, Blind Guardian, Machine Head, Testament, In Flames, Accept and many more. Nuclear Blast continues toward an ambitious future while never compromising its roots.