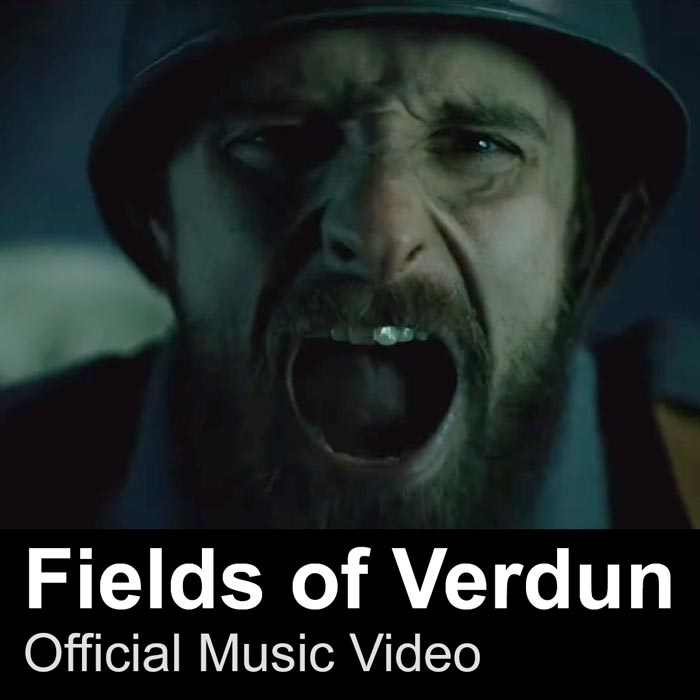 We chose ‘Fields of Verdun’ to be the first single since we felt it represented the album perfectly, a classic Sabaton metal song which we cannot wait to include in our future set-lists.

The story of the battle of Verdun is also very representative of the album since it has all the elements that identify with ‘The Great War’. Verdun is so much WW1 that we decided to hold the first album presentation in this city, inviting journalists from around the world to not just hear the album, but also understand the story behind it.

It is the first single from our upcoming album.

Bismarck which was just released is not from the upcoming album. We decided to write and release ‘Bismarck’ as a stand-alone single, and not part of The Great War since the story behind it does not connect to WW1. It was also recorded at a different time. This song is a tribute to all fans who have contributed over the years by sending us ideas for future songs – please continue with that!

Field of Verdun is available for streaming and digital download on all major platforms!

Pre-order The Great War! For more details on all editions available, have a look here!