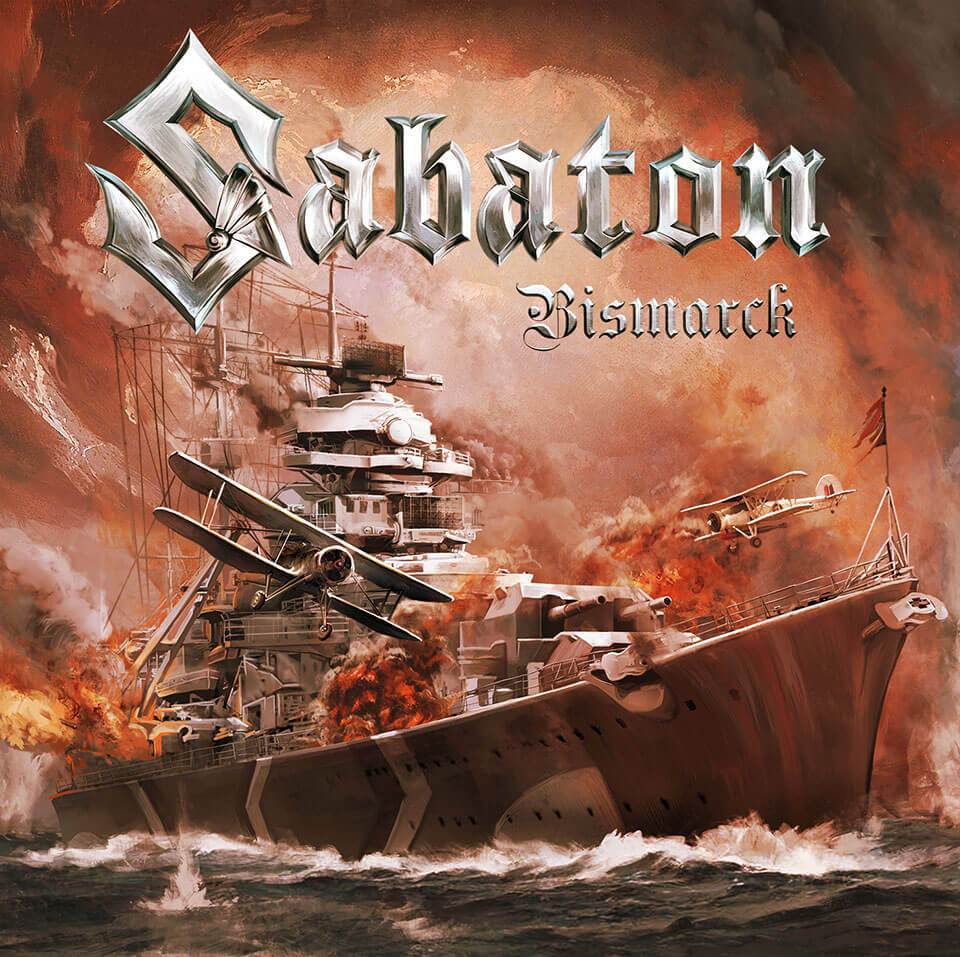 The most requested topic for a Sabaton song ever! The fate of the ship Bismarck is a fascinating story we wanted to write about for a long time, but could not fit into any album. So we decided to make it as a single release, and as a gift from us to you for being fantastic fans for the past 20 years. Thanks to our friends at Wargaming and World of Warships we can also present it with a truly impressive video, well worthy of this song. The talented team at Wargaming could ensure the historical accuracy of the scenes thanks to the models from their award winning game World of Warships, and the director Matthias Hoene, who won a Golden Lion at Cannes, were able to bring the band and story together. The song Bismarck was written over a year ago and we recorded it last summer in Black Lounge studios with Jonas Kjellgren, who has also recorded and mixed our upcoming album The Great War. Bismarck was a German Battleship and one of the biggest ever built in Europe. Commissioned in August 1940 and sunk in May 1941 after an intense hunt in the North Atlantic. Though he now rests beneath the waves, players of World of Warships can still take this iconic ship into virtual battles. For now the song is available at Youtube so you can enjoy this great video for free. At a later stage it will also be available on your favourite digital platform. You wanted us to write this song, we heard you, and here is our tribute!