The Sabaton Cruise attracts up to 2,000 metalheads from around the world and it’s fair to say that every guest onboard is a big fan of the Swedish War Machine. But some dedicated sailors like to make sure they are first into the show venue and guarantee their spot on the front row. In today’s special Sabaton Cruise feature, the team meets some of the faces from front row to get their thoughts on the cruise and what Sabaton means to them (all photos courtesy of georgephoto.se).
Marisa Rabiolo: San Francisco, USA “I’ve seen Sabaton three times before, but this cruise is such a fun and cool experience – and this time is a bit special because they are celebrating their fourth platinum album. On this boat they have the same energy as always, but they seem to be having even more fun, which is great for us fans. I hope to come back again.”
Stefan Miletic: Serbia “The cruise exceeded my expectations! Carolus Rex was the first Sabaton album I got into, so I adored their set with the whole album in Swedish. The way they tell moments from history sets them apart from other bands – Sabaton’s not just about creating great music, it’s about a whole new way of learning, and in that they are pioneers.”
Michaela Neumann: Germany “I’ve seen Sabaton so many times – at least 15 – and in Germany they play such big arenas now, but it’s like a new beginning here, seeing them in a hall where you can get really close to the stage. I love Sweden, and I often travel to other lands and see Sabaton in different venues. Our fan club, the German Saboteurs, went to a warm-up party yesterday, organised by the Danish club, where we met so many other club members from around the world. This cruise is so much fun!”
Monika Marro: Switzerland “My Mom is from Poland and back in 2010 when Coat of Arms came out I remember her calling to me to come and listen because there was a song about the Warsaw Uprising. She took me to my first Sabaton show – my first ever concert – when I wasn’t even 16. Sabaton will always be a sentimental band for me, and it’s thanks to them that I now have a concert addiction! I will always travel for Sabaton – I’m going to Sabaton Open Air and Wacken in 2019 – every show they do is different.”
Wendy Thielemans and Sjorven Van Brempt: Belgium Wendy: “This is my second cruise but my seventh time seeing them live. I’m coming to Sabaton Open Air in the summer, and I always catch their concerts in Belgium. I really liked that they played the full Carolus Rex album – 300 years is a milestone and that was a good idea.” Sjorven: “I lost count of how many times I’ve seen Sabaton! In February I went on 70,000 Tons of Metal and saw them, and now I’m on their own cruise – I started and ended the year seeing Sabaton on a boat! For me, Resist and Bite is the most special song, because it’s telling people around the world about the Belgian Army, which is amazing.” 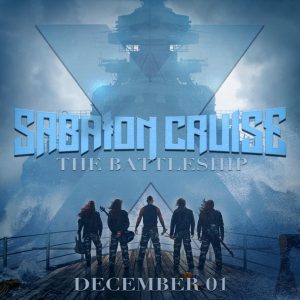 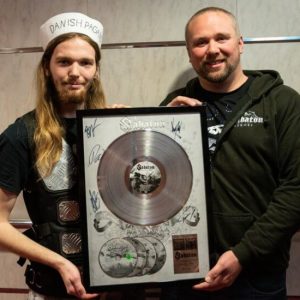 Reunited on the Sabaton Cruise: one man and his merch
Every metalhead knows that music brings people tog...Read More>> 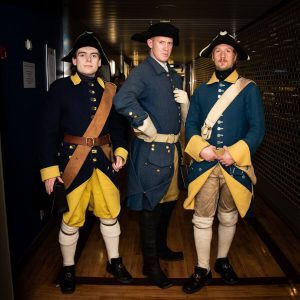