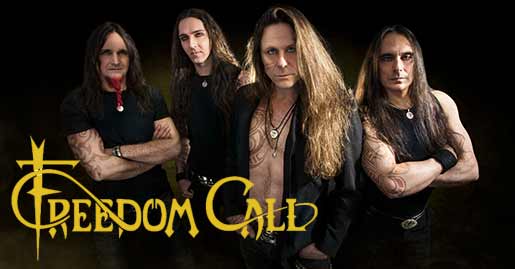 Freedom Call really don’t need much presentation. If you are a fan of Power Metal, you already heard them and probably liked them for years back!

Freedom Call was formed in 1998 by front man Chris Bay and his old friend Daniel Zimmermann (ex Gamma Ray) and their debut album “Stairway to Fairyland” was released in May 1999.
Their 9:th studio album “Master Of Lights” was released november 11 2016 and it’s another master piece by the band!

Freedom Call was supposed to play the 2010 issue of Sabaton Cruise, but got caught by the blizzards in Germany and had to cancel their show. Instead we re-booked them for the 2011 festival in Falun and since then they have not been back.. Until now for the 10:th anniversary in 2017!

As we said then:

– We can’t tell you how much we are looking forward to this awesome show!