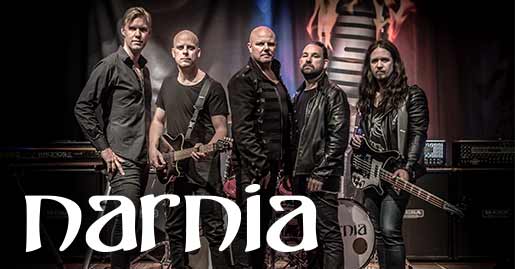 Narnia is a Christian neoclassical progressive power metal band founded by guitarist Carl Johan Grimmark and singer Christian Liljegren. The band formed in Sweden in 1996, disbanded in 2010, and reformed in 2014. Their album themes heavily reference The Chronicles of Narnia by C. S. Lewis.

On January 31, 2014, the band announced they were active again, celebrating the 15th anniversary of their Long Live the King album by playing live shows and re-releasing the album as a deluxe edition.
They also released their highly praised 7th studio album in September 2016 called Narnia. Music media worldwide hail this album as the best effort from Narnia. A successful Sweden Tour and the successful European dates followed in 2016 and in April 2017 a big South American tour is planned and more festivals around the world until the Lion rocks hard at Sabaton Open Air August 2017.

Check out the single and video for Reaching For The Top: