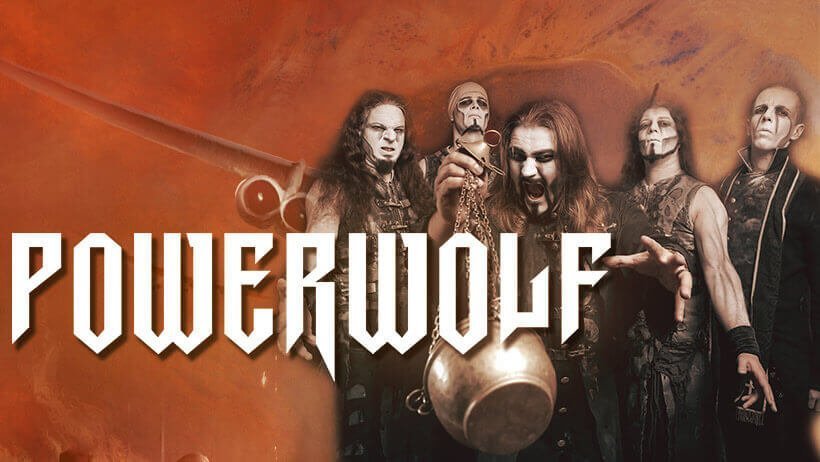 With „Preachers Of The Night“ Powerwolf achieved what nearly no metal band has ever achieved: The wolves entered position one of the German album charts! No other Metal band has accomplished similar success in the last years. With album number six, “Blessed & Possessed”, which was released last summer, Powerwolf unstoppably dashed into the top 3 again.

Their musical style is not the only aspect that makes them truly unique. Since the beginning the band presented a strong contentual and visual concept that perfectly enframed their music.

Powerwolf do not only impress on CD but also on stage where they prove to be true masters of entertainment who will celebrate a great Metal party with their fans at every gig. Powerwolf do not only rely on their fantastic songs, they also detain a Metal mass and playfully include religious/spiritual elements. The lightshow and the set decoration in sacral designs provide for the proper solemn atmosphere. And the band will surely not let their followers make their way home without being sanctified by front-priest Attila.

Powerwolf just combine all aspects to a thrilling event that will give you goosebumps and earned the band the reputation as one of the best live acts out there. Live on stage, the Wolfs will get everyone on their side! The band has already proven this on all big German and European festivals such as Wacken, Summer Breeze, Graspop, Metalcamp, Bloodstock, Metalfest, and back in 2013 we had them in Falun the past time.

We are more than happy to have them back for their only show in Sweden during 2018!