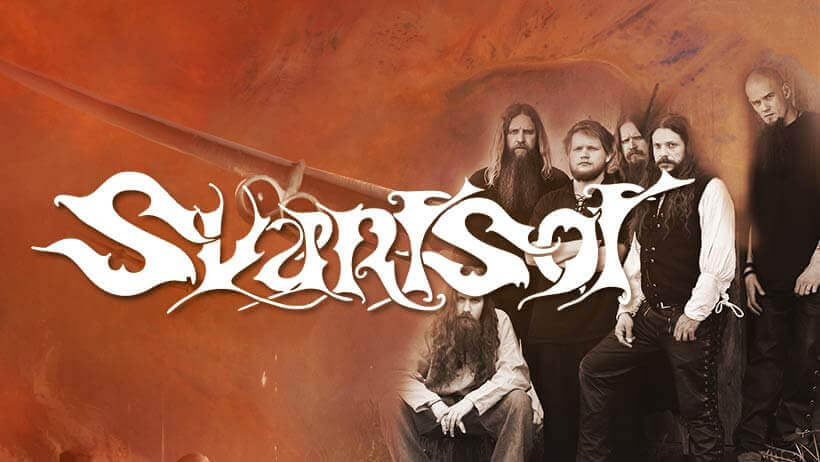 Since the band’s humble beginnings in 2005 as Denmark’s only actual folk metal band, SVARTSOT has seen the rise in popularity of both the genre and the band, in their homeland as well as abroad, throughout the past almost 13 years, and the band can now be classified as Denmark’s greatest folk metal band. SVARTSOT’s music can best be described as the meeting between folk music’s and the Middle Age’s compelling melodies and melodic death metal. The heavy yet progressive rhythm guitar, bass and drums lay a solid base for the authentic tones of the mandolin, bagpipe and whistles, whilst the lead guitar builds a bridge between the two worlds. SVARTSOT’s lyrical universe finds inspiration in Denmark’s wealth of folklore and history, and the predominantly growled lyrics are performed entirely in Danish.

After releasing the demos “Svundne Tider” (2005) and “Tvende Ravne” (2006), SVARTSOT signed a contract with the Austrian label Napalm Records in 2007. Hereafter followed the release of the albums “Ravnenes Saga” (2007), “Mulmets Viser” (2010) and “maledictus eris” (2011). In 2013 SVARTSOT chose to work in a new way, and future SVARTSOT albums would be re-leased as a co-operation between the band’s own company, Of Wood And Iron Productions, and the Hungarian label, Nail Records, who also stand behind releases from the legendary Hungarian folk metal band, Dalriada. The fruit of this collaboration came in the form of SVARTSOT’s fourth album, “Vældet”, which was released in 2015. Work is currently in progress for a coming album.

SVARTSOT is now an established name on the folk metal scene both at home and abroad and has toured with recognised bands such as Týr (Faeroes) and Alestorm (Scotland) in 2008, Negură Bunget (Romania) in 2010 as well as Arkona (Russia) and Metsatöll (Estonia) in 2015. SVARTSOT has also played a whole host of festivals both in Denmark and abroad, e.g. Wacken Open Air (DE – 2010), Paganfest (Extended Shows in DE and NL – 2010), Cernunnos Pagan Festival (FR – 2015), Copenhell (2012), Aalborg Metal Festival (2008 and 2015), Viru Folk Festival (EE – 2015), Rock Marathon (HU – 2013), Folk Summer Fest (RUS – 2016) and many others. Through the band’s renown as a live band where the focus is on the crowd, SVARTSOT as a headline act has experienced increased interest from the domestic and European scene throughout recent years. The band has headlined festivals and concerts in Denmark, Sweden, Germany, England, Estonia, Russia and other countries.