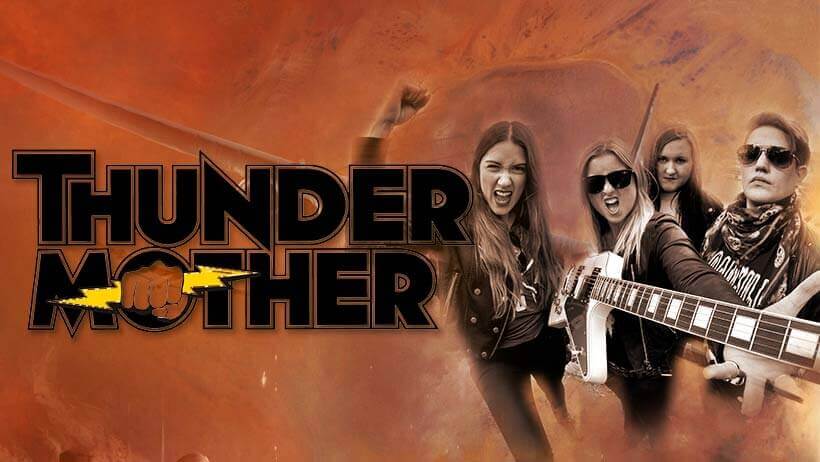 Thundermother is back with three new members and continues to fight for for music with their single “We Fight For Rock N Roll” released by Despotz Records on June 12th.

The band’s founder Filippa Nässil started the band in 2009 and since then the band has released two albums and had hundreds of shows. They have been touring with Michael Monroe, W.A.S.P, D-A-D and Danko Jones and recently had an sold out headline tour in Europe.

The band’s previous line-up with Clare Cunningham, Tilda Stenqvist, Giorgia Carteri and Linda Ström was formed in 2014 and when these four members decided to leave Thundermother in the spring of 2017, Filippa was determined to fight on with Guernica Mancini on song, Sara Pettersson on bass and Emlee Johansson on drums.

“This is the beginning of something new, We will follow our passion for as long as we can. We fight for rock n roll!”  // Thundermother