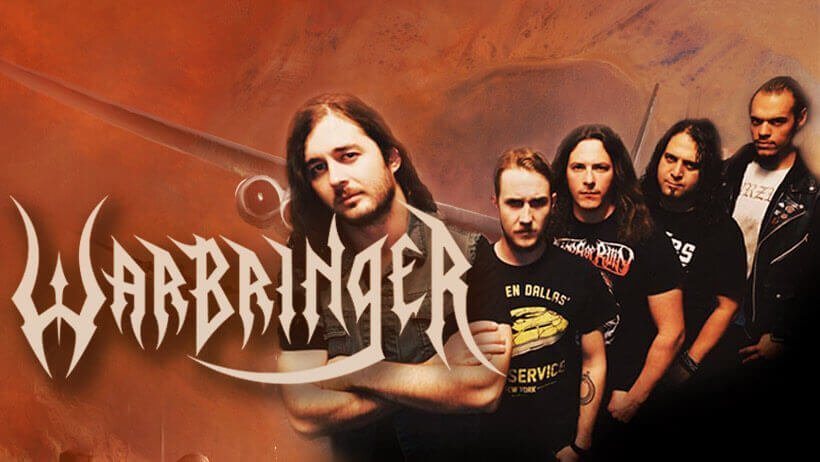 The band formed in 2004 when John Laux and Victor Mikhaltsevich met during high school. They shared a strong common interest in heavy metal and began writing instrumental songs together. Eventually Victor introduced John Kevill to Laux as the new vocalist and immediately a strong creative partnership was forged. Originally they had named the band Onslaught but changed their name after realizing that there is a band using the same name. Nothing had been recorded and released while they had used the name. They soon recruited Andy Laux as the bassist and Evan Reiter as drummer. A few weeks later Reiter left and was replaced by Adam Carroll whom Kevill had met opening as a guitarist in a local band at a Metal Church show.

The band finally had a solid line up in place and had adopted the name Warbringer after attempting to combine “War” as a prefix to a variety of words. They recorded a four-song demo in 2004 that was never released. It is the only recording with Victor Mikhaltsevich in the band. Due to creative differences the band decided to seek out another guitar player. Emilio Hoschet soon joined the band, and in 2005 they self-financed the Born of the Ruins demo. Copies were handmade and passed out for free at local shows.

A local thrash revival scene started expanding and growing around the L.A. area. Thanks to word of mouth, organic promotion, and social networking sites, at lot of young promoters began booking shows with exclusively traditional metal bands. Eventually bands in the scene were playing sold out shows on the Sunset Strip. Smaller labels became interested in the scene and Heavy Artillery Records had asked a number of upcoming thrash bands to contribute to a various artist compilation Speed Kills…Again.

Released was delayed until 2007.

Ryan Bates joined Warbringer early in 2006 as the band’s new drummer after Adam Carroll had left on a hiatus from Warbringer and Zombie.

In 2006 the band also finished the One By One, the Wicked Fall demo which was self-financed and recorded at Love Juice Labs. The original pressings were handmade, but the band eventually opted to have them printed more professionally. The EP was sent out to a number of different labels and magazines. The EP was very successful and was met with many positive reviews. Warbringer began to move up in the local roster and open for larger bands. Emilio Hoschet parted ways with the band early in 2007, and brought in former member Adam Carroll as a temporary guitarist. The band opened shows for bands like Obituary, Atheist and Repulsion.

In 2007 Warbringer signed with Century Media Adam Carroll decided to rejoin Warbringer full-time and made contributions to the music on War Without End as a drummer and guitarist.