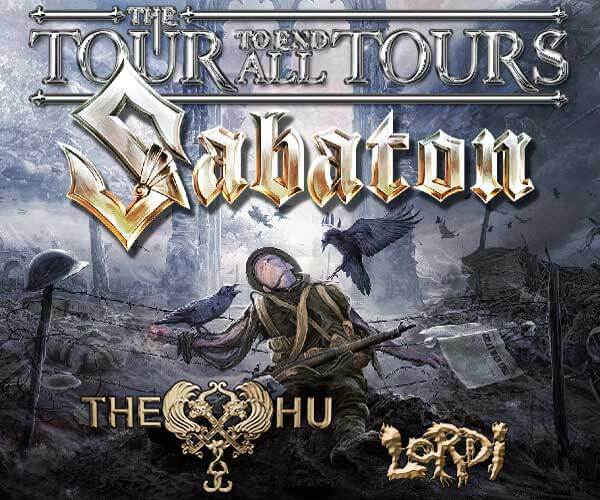 We have all been waiting for far too long for this… And we are more ready than ever.. By the time we start this tour we will have a whole treasure chest of new songs to play along with a lot of other surprises.

You do not want to miss The Tour To End All Tours!

Tickets & information can be found at www.sabaton.net/tour/.

Mongolian rock band The HU as well as Finnish heavy metal veterans Lordi will be supporting us in this tour!

Check out the itinerary of the 2022 tour below:

Our show in Romania (Aug 14) is being rescheduled
Dear friends, We are working hard on reschedul...Read More>>
Scroll Up